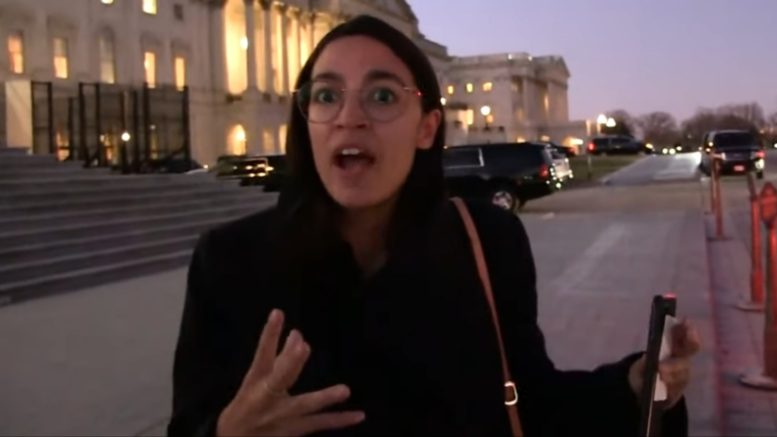 Democrat Congresswoman Alexandria Ocasio-Cortez thinks people her age are “stressed and have anxiety about having kids” due to threats she thinks climate change imposes on humankind, especially to those who are currently under the age of 50.

Cortez made the remarks after being tracked down by a TMZ reporter for an impromptu interview regarding the bush fires that have swept across Australia.

AOC told the TMZ reporter that she and others from the younger generation, including Greta Thunberg, have taken a lead on climate change because “the stakes are so high.”

“I’m going to be living in a world that’s fundamentally altered by climate change — so is Greta (Thunberg), so is every young person,” AOC told the TMZ reporter.

“First of all, we’re seeing it now,” she said. “Like, we’re living through this right now. We’re experiencing it right now. But especially, if you are under 50 years old, or 40, 30, you know, 20 — the younger you are, the more of our lives and our futures are going to be impacted by this.”

Ocasio Cortez continued, “And, you know, even people my age are stressed and have anxiety about having kids, um, just because we wanna make sure that we’re bringing our kids into a healthy world, into a stable world.”

“And, we shouldn’t ever have to be anxious about that,” she declared. “We need to be advocating for a safe future for all of us.” Video Below