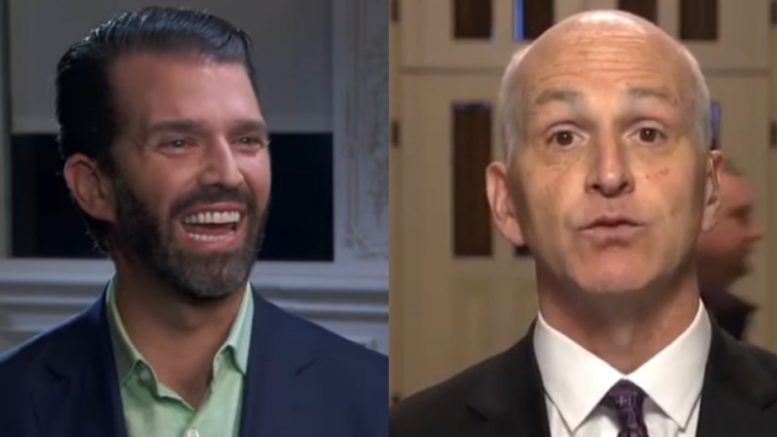 On Thursday, Chairman of the House Armed Services Committee Adam Smith (D-WA) walked back remarks he made earlier in the day, when he said that it is time for House Speaker Nancy Pelosi to finally transmit articles of impeachment to the Senate.

“Yes, I think it is time to send impeachment to the Senate and let Mitch McConnell be responsible for the fairness of the trial. He ultimately is,” Smith told CNN’s John Berman when pressed on the subject.

During his interview, Smith also said, “I think it was perfectly advisable for the Speaker to try to leverage that to get a better deal. At this point, it doesn’t look like that’s gonna happen.” And then stated that Senate Majority Leader Mitch McConnell will ultimately have full control of how the trial will play out.

Just hours after his appearance on CNN, Rep. Smith announced on Twitter that he “misspoke” and tried to clarify the remarks he made to a national TV audience.

“I misspoke this morning, I do believe we should do everything we can to force the Senate to have a fair trial,” Smith tweeted. “If the Speaker believes that holding on to the articles for a longer time will help force a fair trial in the Senate, then I wholeheartedly support that decision.”

“I am concerned that Senator McConnell won’t have a fair trial and I am with the Speaker that we should do everything we can to ensure he does,” he added. “Ultimately, I do want the articles sent to the Senate for the very simple reason that I want the impeachment process to go forward.” Continued Below

After seeing Rep. Smith backpedaling his earlier remarks, Donald Trump Jr. seized the moment and suggested the Congressman got in trouble by party leaders for “breaking with Nancy’s narrative.”

“Hahahaha someones not allowed to think for himself and got in trouble for breaking with Nancy’s narrative,” Trump Jr. tweeted.

“This has been the problem with the sham impeachment from day one, no one actually believes this BS except for the lunatic fringe who have hijacked the whole Democrat party,” he declared. Video Below

Hahahaha someones not allowed to think for himself and got in trouble for breaking with Nancy's narrative. This has been the problem with the sham impeachment from day one, no one actually believes this BS except for the lunatic fringe who have hijacked the whole Democrat party. https://t.co/gYQpGV6cBZ

Senator Ted Cruz issued a sarcastic reaction to the turn of events as he suggested Rep. Smith may gotten sent to the “Principal’s office”.

Did somebody get sent to the Principal’s office? https://t.co/IApj26cgtK

In ending, here is a clip of Adam Smith’s interview that he later backpedaled.