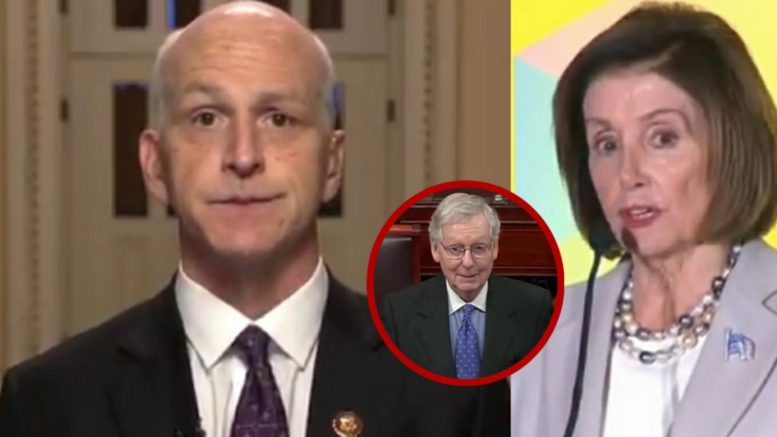 Chairman of the House Armed Services Committee Adam Smith (D-WA) thinks it is time for House Speaker Nancy Pelosi to finally transmit articles of impeachment to the Senate.

Pelosi has held on to the articles against President Trump for over three weeks since they were approved on December 18, 2019, in hopes of negotiating a “fair trial” in the Senate.

“I think it is,” Smith replied. He then said that he understands Pelosi’s strategy of trying to use articles as leverage to negotiate a “reasonable trial,” but at the end of the day, Mitch McConnell will control how it is handled in the Senate.

“I think it was perfectly advisable for the Speaker to try to leverage that to get a better deal. At this point, it doesn’t look like that’s gonna happen,” Smith said.

“And yes, I think it is time to send impeachment to the Senate and let Mitch McConnell be responsible for the fairness of the trial. He ultimately is,” Smith told Berman. Video Below

Senator Diane Feinstein (D-CA) is reportedly joining at least three other Senators Chris Murphy (D-CT), Joe Manchin, (D-WV), and Richard Blumenthal (D-CT) in breaking with Pelosi on the impeachment delay, according to a report by The Federalist.

The move comes after Mitch McConnell stood firm against Pelosi and said there would be “no haggling with the House over Senate procedure.”

“We will not cede our authority to try this impeachment,” McConnell proclaimed in a tweet. “The House Democrats’ turn is over. The Senate has made its decision. This is for the Senate, and the Senate only to decide.” Video Below

In ending, here is video of CNN’s Alisyn Camerota admitting, “Mitch McConnell won this one” while interviewing Senator Gillibrand:

Biden: “No, I Don’t Think C0VID Is Here To Stay, But Having C0VID In The Environment Here & In The World Is Probably Here To Stay”