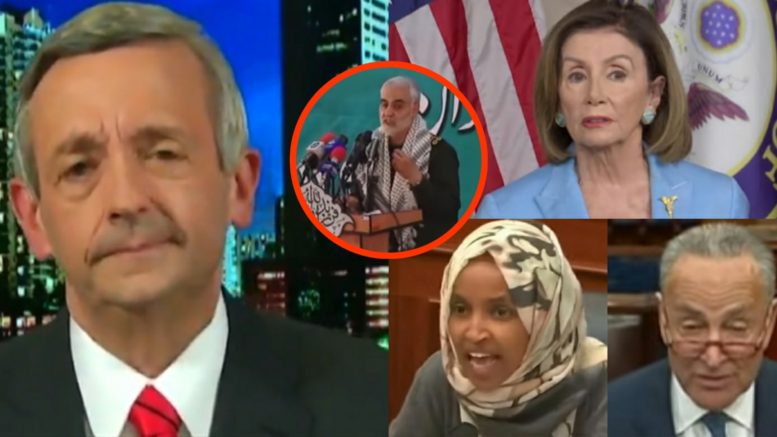 Pastor Robert Jeffress weighed in on reactions made by Democrats in response to the death of Iranian military leader Qassem Soleimani.

Democrat leaders have been highly critical of President Trump since reports surfaced on the airstrike that killed Soleimani at Baghdad’s airport.

Some Democrats, such as Ilhan Omar, have suggested President Trump killed Soleimani as a method to distract from impeachment efforts. While others have voiced concern that Trump never consulted with members of Congress before ordering the kill-strike of the terrorist, and have even taken measures to try blocking a war with Iran.

Pastor Jeffress slammed Democrats on Lou Dobbs Tonight over their “perverse” thinking for not applauding President Trump for defeating evil through the elimination of Soleimani.

Jeffress likened Democrats’ criticizism of President Trump’s action on Soleimani to what the Bible says in the Old Testament: “Woe to the nation that calls evil good and calls good evil.”

“Well, that is the motto of the Democrat party,” he said. “They call evil things good, and they call good things like eliminating this terror threat to the entire world — they call that evil.” Video Below

“They are perverse in their thinking,” Pastor Jeffress continued. “They can’t even think straight to be able to recognize good from evil.”

“And that’s why I don’t see how  any person with a semblance of a conscience could vote for one of these Democrat candidates who embrace these godless and perverted policies,” he concluded. Video Below

Evangelicals for Trump. @robertjeffress thanks God we have a President that confronts and eliminates evil. #AmericaFirst #MAGA #Dobbs pic.twitter.com/aqVsMCxO69