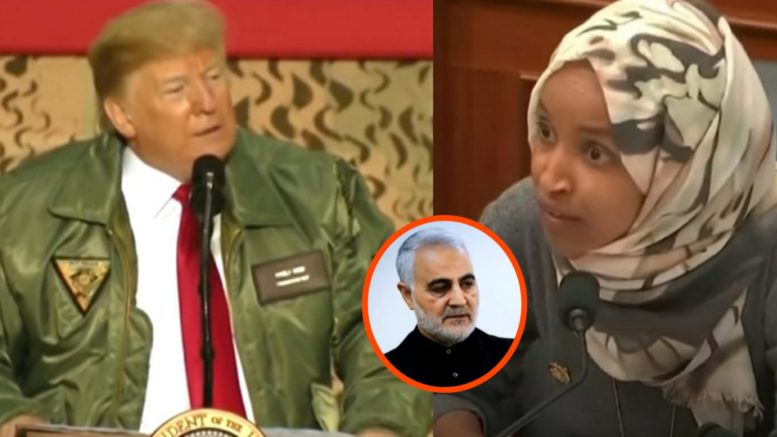 Iranian Gen. Qassem Soleimani, the head of the Islamic Revolutionary Guard Corps’ elite Quds Force, was killed in an airstrike on Thursday at Baghdad International Airport.

According to the Pentagon, President Trump ordered the attack that killed Iran’s military mastermind, who’s been described as being equally dangerous as former ISIS Leader Abu Bakr al-Baghdadi. A total of 7 others were reportedly killed in the airstrike, including Abu Mahdi al-Muhandis, the deputy commander of Iran-backed militias known as the Popular Mobilization Forces.

The move by President Trump came just days after the U.S. Embassy compound in Baghdad was breached by Shiite militia men who were allegedly connected to the Iranian regime.

“Soleimani was an enemy of the United States. That’s not a question,” Murphy tweeted. “The question is this – as reports suggest, did America just assassinate, without any congressional authorization, the second most powerful person in Iran, knowingly setting off a potential massive regional war?” See Below

Upon seeing Sen. Murphy’s tweet, Democrat Congresswoman Ilhan Omar suggested the President killed Khamenei as a distraction from impeachment and vowed to “stop him” with her congressional authority.

“So what if Trump wants war, knows this leads to war and needs the distraction?” Omar tweeted in a response to Sen. Murphy.

“Real question is, will those with congressional authority step in and stop him? I know I will,” she declared. See Below

So what if Trump wants war, knows this leads to war and needs the distraction?

Real question is, will those with congressional authority step in and stop him? I know I will. https://t.co/Fj9TMossEW