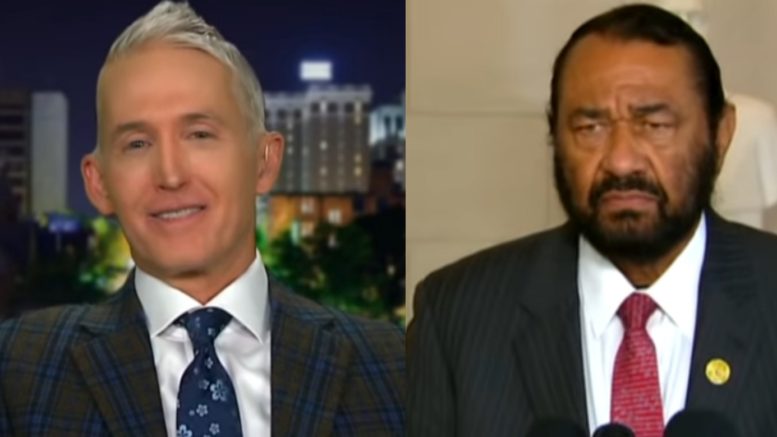 On Thursday, Trey Gowdy weighed in on Congressman Al Green recently admitting that impeachment efforts began sometime while President Trump was in the process of running for office.

Green told MSNBC’s Chris Hayes in a New Years Eve interview, “Well, the genesis of impeachment, to be very candid with you was when the President was running for office.”

“Al Green is a gift from God,” Gowdy responded. “And we should buy him time during the Super Bowl so he just keeps talking.”

He then mentioned that two years ago, Rep. Green filed an impeachment resolution that received the votes of nearly 60 House Democrats.

“So what else has Al Green said?” Gowdy questioned. “He said the President should be impeached because he’s fearful he may win again in 2020.” Video Below

“I think Tulsi Gabbard may be right. This might end up costing them some House seats, but I don’t think it’ll cost them the whole House. They’re not gonna win in November 2020. I’ve always thought, Ed, this is about taking the Senate,” Gowdy declared. Video Below