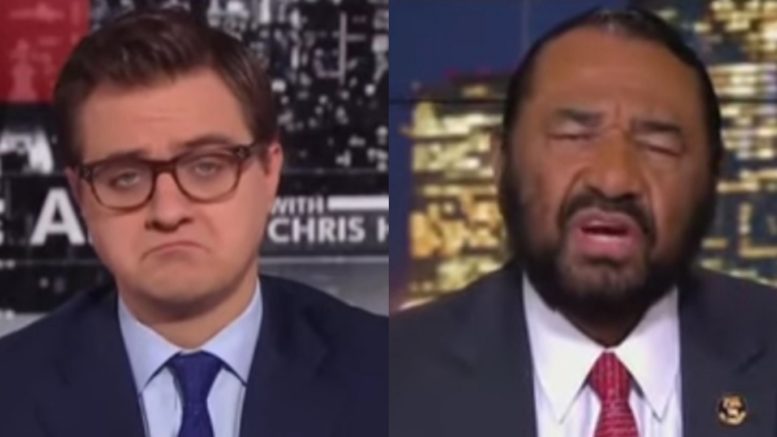 Democrat Representative Al Green was the first member of Congress to file articles of impeachment against President Trump back in December 6, 2017. He first spoke about the idea of impeaching President Trump on the House floor in May of 2017.

And now, on December 31, 2019, Green revealed to MSNBC’s Chris Hayes that the “genesis” of impeaching the President began when Trump “was running for office.”

Green’s remarks came after Hayes reminded him that he played a “starring role” in the two articles against President Trump that the House approved on December 18.

Hayes went on to say that Republicans and Trump allies argue that Democrats plotted to impeach President Trump since the day he took office. “Exhibit 1: Congressman Al Green, who’s been calling for the man’s impeachment for two years now,” Hayes said in reference to Republicans’ argument against impeachment.

“What is your response to that charge?” Green was then asked.

“Well, the genesis of impeachment, to be very candid with you was when the President was running for office,” Green replied. Video Below

Democrat Rep. Green: “the genesis of impeachment…was when the president was running for office”https://t.co/tEpOebAVtk pic.twitter.com/z2wCtBdaCR

Related Article: Al Green Suggests Impeachment Should Include A Component “To Deal With Slavery”

Here is video of Green’s full interview with Chris Hayes: