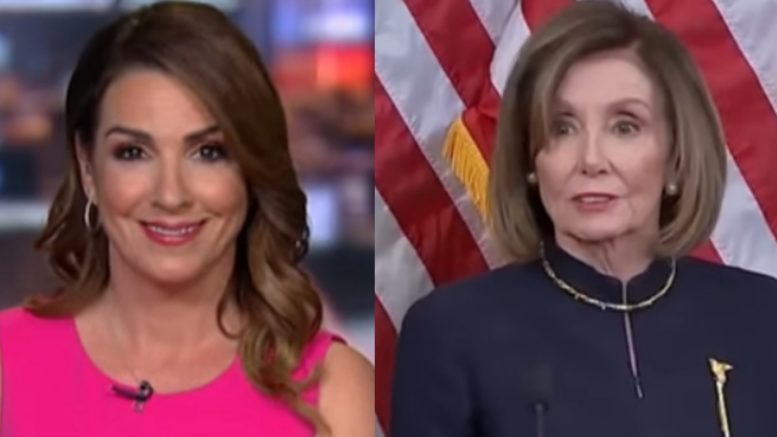 On Friday’s airing of Hannity, investigative journalist Sara Carter weighed in on House Speaker Nancy Pelosi’s decision to hold articles of impeachment from the Senate.

Sara was asked for her take on Pelosi’s “real agenda” moving forward and what impact it will ultimately have on Democrats.

“In my opinion, the real agenda here is that Nancy Pelosi never wanted to do this to begin with,” Sara said. “She knows it’s political suicide and the only thing she can do is actually hold on to these papers to not move impeachment forward in the Senate.”

“She’s struggling. I mean, she was basically taken hostage by radicals in her own party,” she continued. “She tried to talk them out of it in the beginning.”

“So what happened was we have a very partisan, straight down the middle impeachment in the House. Nancy Pelosi knows that if she takes it to the Senate, it’s not going to be good for the Democrats. The only thing she can do right now is hold on to those articles of impeachment,” she declared. Video Below

Sara then briefly turned her focus on the liberal media considering it a genius move by Pelosi to hold on to articles of impeachment.

“This was her only option. It’s not like she thought about this before going into to it. She just has no other way out of this, so she’s gonna play her cards,” she said.

Carter then concluded that either way the rest of the impeachment process plays out, it will be a win-win for Republicans in the end. Video Below