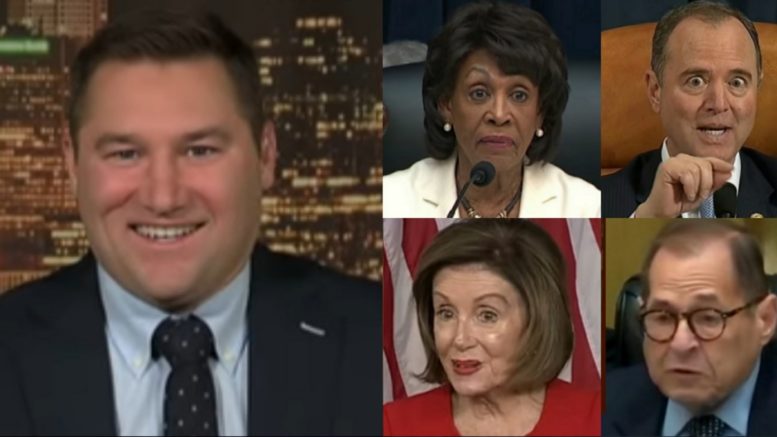 Congressman Guy Reschenthaler (R-PA) weighed in on the current status of impeachment now that it’s been over a week since House Democrats voted to approve two articles against President Trump.

Since the December 18th vote, House Speaker Nancy Pelosi has yet to transmit the articles of impeachment to the Senate, where it’s highly expected President Trump will be exonerated. Pelosi is waiting to see the level of “fairness” in the Senate trial rules before deciding what to do next with the articles.

In the meantime, however, Rep. Reschenthaler thinks the entire process has already backfired on Democrats, and he thinks they’ll pay for it at the ballot box in 2020.

“This is totally backfiring on the Democrats and I think Nancy Pelosi let this get way out in front of her,” Reschenthaler told Fox News host Ed Henry.

“I think if she were really calling the shots, this wouldn’t have gone this far, but we have to remember that the far left, social justice Democrats are running this party now,” he added.

“But, we are seeing that Trump is up in my home state of Pennsylvania,” Reschenthaler continued. “He’s leading the Democrat contenders, sometimes by double-digits. He’s up in Wisconsin and Michigan and in all of those battleground districts — districts where Democrats hold seats where Trump won.” Video Below

“I think we’re gonna get a lot of those seats back and take back the House in 2020,” he predicted.

Reschenthaler went on to say that he hopes Nancy Pelosi continues to hold on to articles of impeachment “because the longer this drags out, the more swing voters and Independents are coming to Republicans in droves.”

“And I know some people think it’s a bold statement, but I really do think we’re gonna take back the house in 2020,” he declared. “I think that President Trump is gonna win in 2020 because the polls are showing that Independents are tired of impeachment, they think it’s a sham and they know this is a political hit job.” Video Below