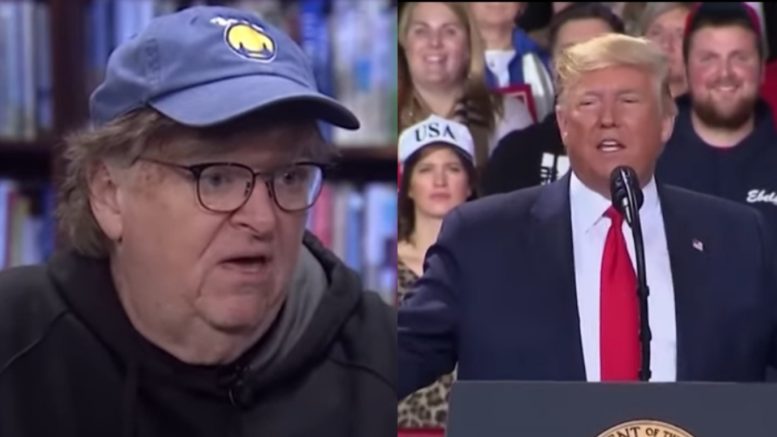 In a recent interview with Democracy Now!, liberal filmmaker Michael Moore predicted President Trump would win the electoral states necessary to be re-elected if the vote were held today.

Moore made the statement in reaction to President Trump mentioning how great his poll numbers are while speaking at a rally in Battle Creek, Michigan, which was held the same night House Democrats voted to impeach him.

“But the problem is…if the vote were today, I believe he would win the electoral states that he would need. Because living out there, I will tell you, his level of support has not gone down one inch,” he said.

“In fact, I’d say it’s even more rabid than it was before because they’re afraid he could lose cause they watched his behavior,” Moore declared.

“So they are voracious in their appetite for Donald Trump. That’s the bad news,” he said. Video Below

Moore said the “good news” is that “there’s more of us than there are them.” And without citing resources, he claimed “majority of the American people” agree with Democrats compared to Republicans, and 70% of voters in 2020 will be women, people of color and young adults, which according to Moore will be on the Democrats’ side.

With that said, Moore warned, “We have to make sure we don’t give them another Hillary Clinton to vote for.” He suggested Democrats need someone to run in the middle who “won’t upset angry white guys.” And that person, according to Moore, does not resemble any of the current Democrat Presidential candidates. Video Below