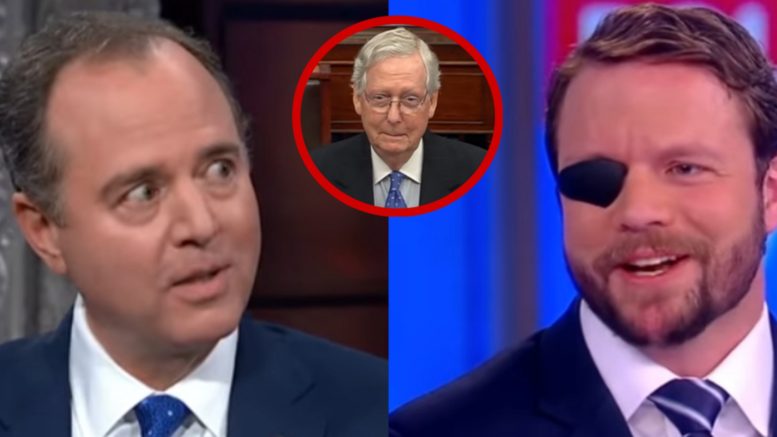 Schiff’s statement comes as House Speaker Nancy Pelosi said she won’t send over articles to the Senate or appoint impeachment managers until she sees the level of “fairness” of rules pertaining to a Senate trial. Senator Chuck Schumer has also been trying to urge McConnell to adopt rules that would allow for witnesses and documents to be subpoenaed.

McConnell, however, has already vowed to stick to the way the Clinton impeachment trial was set up and said it’s not the Senate’s job to do the work that the House should’ve already done. He also reminded Americans that the Senate can’t do anything until Pelosi notifies the chamber that the President was impeached by the House.

“We’re at an impasse, we can’t do anything until the speaker sends the papers over,” McConnell said. “So everybody, enjoy the holidays.”

In a statement posted on Twitter, Schiff attempted to guide McConnell on how to handle the pending Senate trial.

“Impeachment of a president is a serious undertaking,” Schiff tweeted. “The Senate’s role is to act as an impartial jury and provide a fair trial. Fair to the President and to the American people. That means seeing all the evidence, documents and witnesses. What is McConnell afraid of?” See Below

Congressman Dan Crenshaw (R-TX) fired back at Schiff upon seeing his tweet, where he likened Schiff to acting like a 3-year-old.

“There can’t possibly be anyone left who believes this nonsense from House Dems,” Crenshaw tweeted. “Except maybe 3-year-olds that act the same way.”

He then condensed down the latest dialogue involving Schiff and McConnell to show how ridiculous he thinks Schiff is being. See Below

Except maybe 3-year-olds that act the same way…

Schiff: I want a fair trial!

Schiff: Are you gonna let me win!?

Schiff: Then NO! (Takes ball and goes home) https://t.co/0sDZAf5DD7

‘I’m Not Resigning, but You Should’: Kellyanne Conway Resists Biden after Demanding She Resign from Air Force Academy Board of Visitors