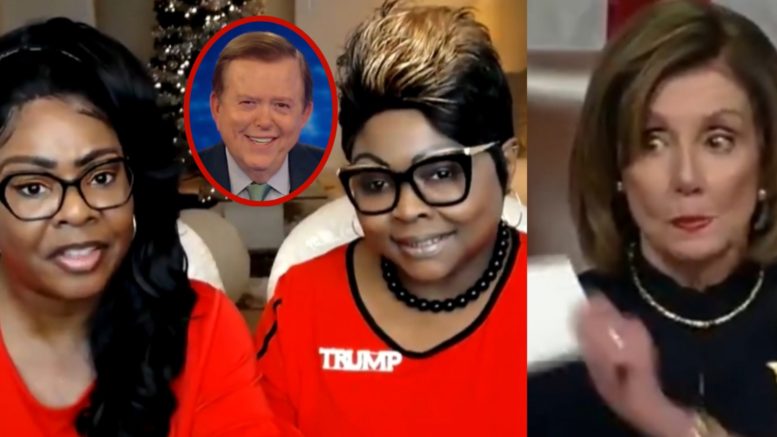 While appearing on Lou Dobbs Tonight, Diamond & Silk had some choice words for Democrats in light of their one-sided vote to pass articles of impeachment against President Trump.

In her remarks, Diamond compared Democrats to the infamous Christmas movie villian “The Grinch” to explain how their move to remove President Trump “backfired in their face.”

Dobbs began by asking the duo what they think about House Speaker Nancy Pelosi deciding not to turn over articles of impeachment to the Senate indefinitely.

Diamond responded, “Well, I think want Nancy Pelosi is trying to do is she’s trying to run a scam on the American people.”

“She’s going against the Constitution and she’s trying to run a smear tactic to continue to smear the President of the United States and it’s not going to work,” Diamond declared.

“And you see, they tried to be the Grinch that stole Christmas to make everybody unhappy, but guess what? It backfired in their faces,” she proclaimed. Video Below

Related Article: Rep. Greg Pence On The Articles Of Impeachment Vote: “BullSh** To The Fourth Degree”

“So tonight she’s really the one that’s looking — she’s looking silly. And I think that the American people is tired of this foolishness. If she don’t turn over those articles of impeachment to the Senate, I think what every American should do is sue her — sue her because she is abusing her power as she’s going against the Constitution,” Diamond concluded. Video Below