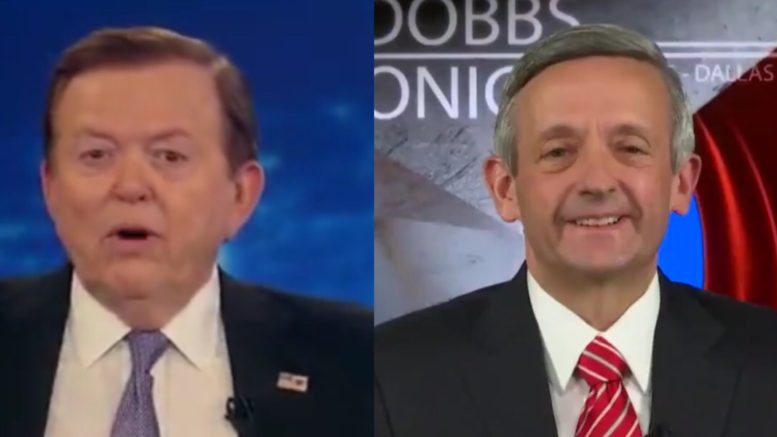 The executive order would cut federal funding to colleges and universities that don’t curb anti-Semitism against Jewish students.

Trump’s new order is set to hit the Boycott, Divestment, and Sanctions (BDS) movement head-on. It invoked Title VI of the Civil Rights Act of 1964 to fight anti-Semitic rhetoric on college campuses and called on federally funded agencies to adopt the International Holocaust Remembrance Alliance definition of anti-Semitism in cases of discrimination, reported Fox News.

“This is my message to universities,” President Trump said during a Hanukkah reception at the White House. “If you want to accept the tremendous amount of federal funding you get every year, you must reject anti-Semitism.”

Pastor Robert Jeffress was invited to the White House for the signing of the executive order and said that he believes “President Trump is the most pro-faith president in history when you look at what he’s done for all faiths.”

“Jewish and Christian believers alike believe what God said to Abraham in Genesis 12, that God would bless those who bless Israel and he would curse those who curse Israel. And I want to thank you, Mr. President, for being the kind of President who has the courage to stand up and be– when it comes to Israel, on the right side of history, but most importantly, you’re on the right side of God. And that’s why you are not going to fail and we are going to stand behind you 100%,” Pastor Jeffress said Wednesday at the White House. (Continued Below)

Speaking with host Lou Dobbs on Friday, Pastor Jeffress announced that there are 25 million evangelical Christians that are not registered to vote, but said he is helping the President to get them registered as the Trump campaign is launching religious-voter outreach coalitions.

“There are 25 million evangelical Christians who are not yet registered to vote. And we want to get them registered,” he said, to which Dobbs was in shock to hear.

“Yes, 25 million is the latest statistic we’ve seen, and that’s why it’s important to get them out there to register them to vote, so they can vote for the most pro-life, pro-religious, pro-Israel President in history. And he won 81% of that vote in 2016. If we get millions more registered, just think what that would do,” Pastor Jeffress explained. (Video Below)

“Lou, I think it’s not only the right but the responsibility of every American, but every Christian, especially to vote. John Jay was the was first Chief Justice of our Supreme Court, and he said, ‘God has given us in this Christian nation the right to choose our leaders’. And we need to take that right seriously,” Pastor Jeffress added.

25 Million Evangelical Christians are not registered to vote. We are working hard to get them registered! @robertjeffress @LouDobbs

Turnout for Trump. @robertjeffress on getting 25-Million evangelicals registered to vote for President @realDonaldTrump in 2020. #AmericaFirst #MAGA #Dobbs pic.twitter.com/VmlwoOMYyu

Pastor Robert Jeffress at the White House during the signing of Wednesday’s executive order:

President @realDonaldTrump is on the right side of God.

Watch this video from my visit to the @WhiteHouse today. https://t.co/1Whzs9MxCJ

With @AlanDersh at @WhiteHouse as we prepare to stand next to our great President @realDonaldTrump as he signs historic Executive Order against anti-Semitism. pic.twitter.com/7sgPU64Mj2

Trump Reacts to $40 Billion Ukraine Bill: ‘Get Europe & Others to Finally Pay Their Fair Share’