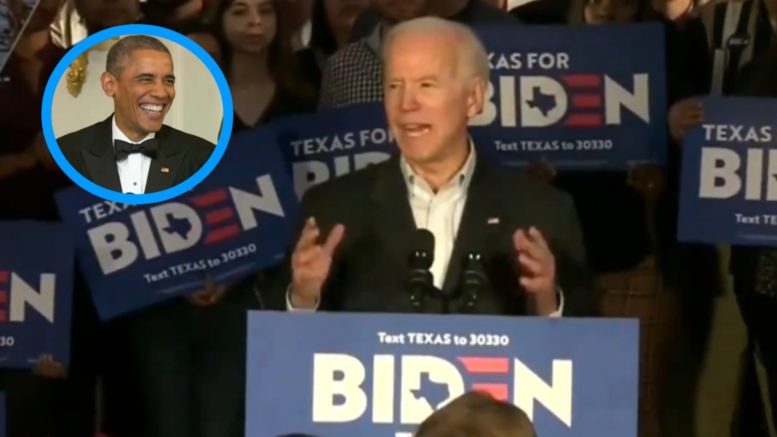 Democrat Presidential candidate Joe Biden suggested to a crowd of his supporters that he helped find votes to pass Obamacare when serving as Vice President.

Biden made the remarks while stumping in San Antonio, Texas on Friday as part of his campaign for President.

In his speech, Biden insinuated that he is the best choice to get “things passed” for Americans on both sides of the aisle.

“We need someone with the proven ability to bring people together, and do the hard work of getting legislation passed,” Biden said.

“I’ve done that! I’ve done that before, finding Republican votes for the Recovery Act, Obamacare –- helping keep us from falling into a great depression,” he added. Video Below

The only thing wrong with Biden’s latest claim is that no Republican in the House or Senate voted in favor of Obamacare when it was passed in 2010.

This isn’t the first time Biden has made a questionable statement while on the campaign trail.

A little over a week ago, Biden told a crowd that he helped negotiate the $400 million in military aid that was given to Ukraine in 2019.

In ending, here is video of President Trump cracking on Biden, during his rally.