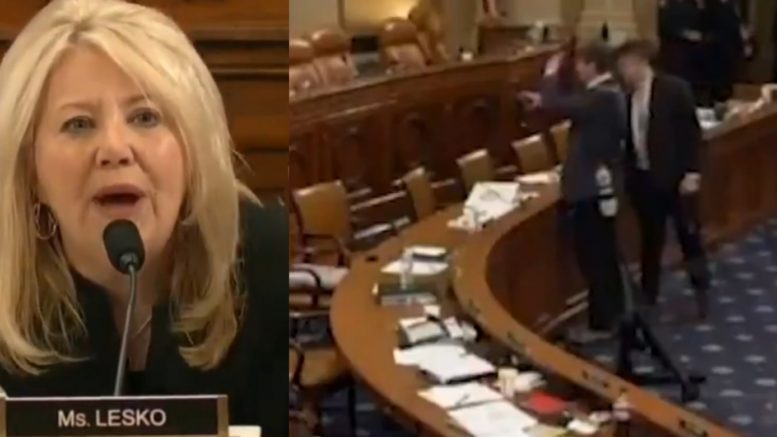 During recess at Thursday’s impeachment hearing, CNN’s live feed caught a member of press appearing to take photographs of documents belonging to a GOP representative of the House Judiciary Committee, according to Congressman Mike Johnson.

The video shows two press members walking up to the dais and one of them hovering their camera over documents that were on the desk area of a committee member.

The footage went viral on social media, and  Representative Matt Gaetz drew attention to it once the hearing resumed.

The photographer involved in the incident was then removed from the hearing, as per Congressman Johnson.

Soon after Rep. Johnson posted the video on Twitter, he tweeted that Rep. Gaetz announced the photographer had been removed from the hearing.

Moments later, Congresswomen Debbie Lesko suggested it may have been her desk area that was infiltrated by the unknown photographer. See Below

Debbie Lesko Responds To Her Notes Being Photographed

Hey, that looks like my seat! I was told they were kicked out. Good thing I covered up my important notes. Congresswoman Debbie Lesko

In ending, here is Rep. Lesko going off on Democrats over impeachment during Thursday’s debate: