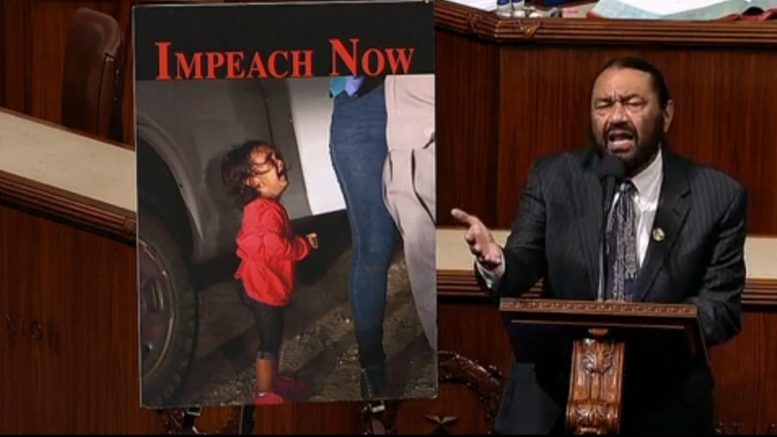 Green took to the podium on the House floor on Tuesday, where he encouraged fellow members of Congress to vote to impeach President Trump and stated his belief that Congress will “still have work to do” if the Senate votes not to convict Trump in a trial.

The remarks from Green came as House Democrat leaders announced two articles of impeachment against President Trump that is expected to be voted on by the House Judiciary Committee on Thursday before it could be passed for a floor vote.

“Currently, we are considering two articles of impeachment — abuse of power and obstruction of justice. But there’s much more, much more to be considered,” Green said.

“And, it is my opinion that we will still have work to do if the Senate does not convict,” he declared.

Rep. Andy Biggs posted a clip of Al Green making his remarks and warned Americans of what’s to come. Video Below

Related Article: Al Green Suggests Impeachment Should Include A Component “To Deal With Slavery”

“Democrats have put America through a 3-year nightmare as they’ve spared no effort to impeach & remove @realDonaldTrump from office,” Congressman Biggs warned in a tweet.

“And, if & when the Senate exonerates the President early next year, they’re already promising to return to their vindictive efforts,” Biggs said. Video Below

In ending, here is video of Green’s full speech: