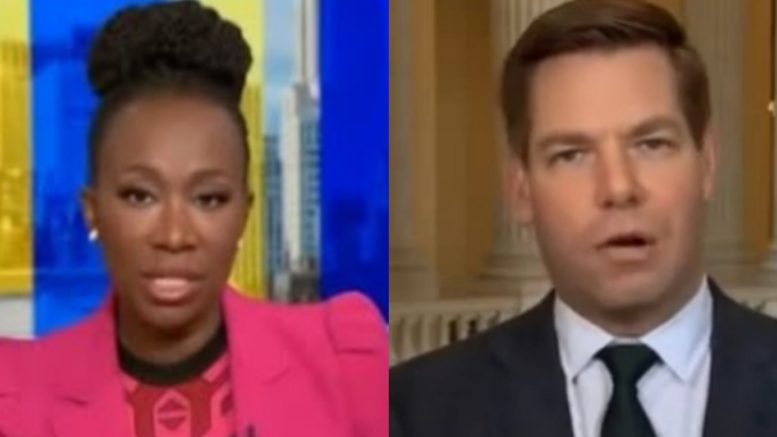 As another week of impeachment drama is set to begin, Democrat Congressman Eric Swalwell now is saying President Trump is a “clear and present danger” to the election process, which is why he thinks the impeachment process must move “expeditiously.”

Swalwell made the remarks while appearing for an interview with Joy Reid of MSNBC.

Reid pressed Swalwell over news that President Trump’s lawyer Rudy Giuliani is ready to make a report to Attorney General Barr and Congress based on information he obtained during a recent trip to Ukraine.

“Anything that Giuliani does, you can attribute to President Trump,” Swalwell said. “You can not throw [Giuliani] under the bus.”

“But second, the fact that Giuliani is in Ukraine or just coming back from Ukraine shows the clear and present danger this President poses,” he declared.

Related Article: Mark Levin Stops The Tape & Roasts Eric Swalwell During His Impeachment Commentary: ‘Why Is This Guy On TV All The Time?’

“This is not like Watergate where the break in had happened in the years before they were investigating that and the coverup,” Swalwell added.

“This threat is ongoing right now. They continue to try and invite foreigners to participate in our investigation — in our election, which is why we have to move so expeditiously with this impeachment inquiry,” he concluded. Video Below