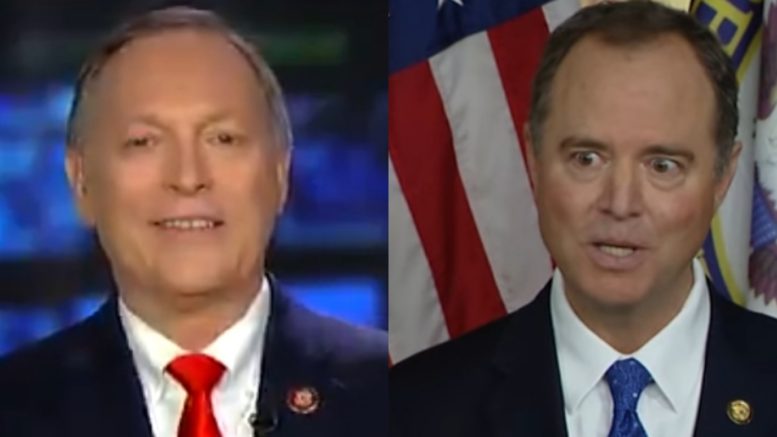 While appearing on Justice With Judge Jeanine on Saturday, Rep. Andy Biggs reacted to a statement made by Adam Schiff where he suggested President Trump “doesn’t give a sh**” about what’s good for America or Ukraine.

Schiff is quoted as making the remarks in a recently published article by The New Yorker.

When asked by Judge Jeanine what he thought of Schiff’s statement, Biggs said, “Well, he’s as inaccurate there as he was about the Russian delusion.”

“The fact of the matter is we have more people working then ever before,” he added. “We’ve got 7 million new jobs. We’ve got the military rebuilt.”

“This President has kept his promises. He’s the most pro-life President in history,” Biggs said.

And, I’ll tell you what — Adam Schiff really says it all the time and it’s rarely true, whatever he says,” he declared. Video Below

House Freedom Caucus Chairman @RepAndyBiggsAZ and Congressman @replouiegohmert joined me to discuss the latest round of impeachment hearings and their outrage over what the Democrats have been doing. Take a look: pic.twitter.com/5GSZyFf5iD