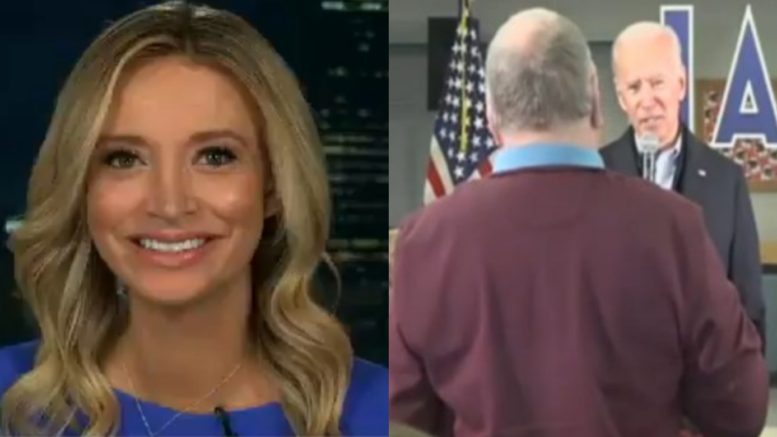 During one of Joe Biden’s campaign stops in Iowa, Jack directly asked the former vice president about his son Hunter Biden’s dealings with the Ukranian gas company, Burisma. He then told Biden that he sent his son Hunter Biden to work for Burisma and that Hunter had no experience with energy.

Related Article: After Being Called A ‘Damn Liar’ By Joe Biden, Voter Has A Standoff With Another Voter: “Stick It Up Your A–, Fella”

Biden then told the man, “By the way … I’m not sedentary,” before going on to challenge him to a push-up contest and other physical tests. When the man replied that he wouldn’t be voting for Biden in the primary, the former vice president replied: “Of course you’re not; you’re too old to vote for me!” He also appeared to call the 83-year-old “fat”.

When asked by Judge Jeanine about Biden’s exchange with Jack the farmer, McEnany said, “What a disturbing reaction from Joe Biden.” Video Below

“That individual — his name was Jack. He’s an 83-year-old retired farmer in Iowa, and he asked a simple question, which the media won’t ask, which is how did Hunter Biden get this lucrative job,” McEnany said. “And Joe Biden loses it — calls him a liar, call him fat, challenges him to a pushup contest.”

“How will Joe Biden stand against Donald Trump for 90 minutes if he can not answer a simple question from an Iowa voter?” She asked.

“It was really disturbing and very unhinged,” McEnany declared. Video Below