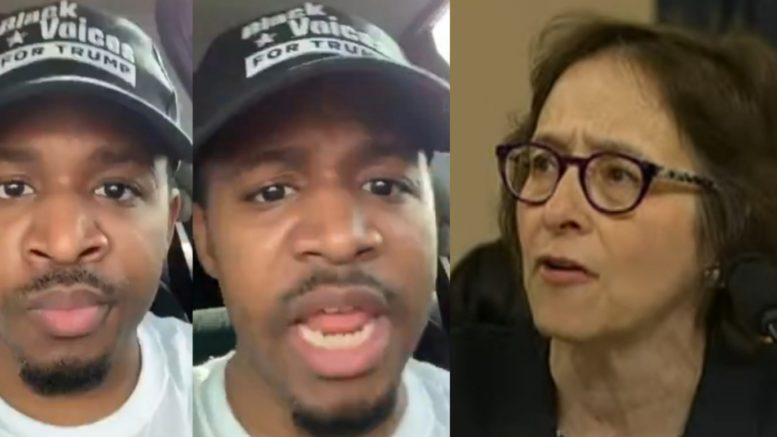 Karlan had been asked to describe the differences between a president and a king when she brought up 13-year-old Barron’s name in her answer Wednesday.

Hours after Karlan made the controversial statement, an angry Terrence Williams posted a video where he is seen going off on Karlan for dropping to such a low in her “cheap shot.”

“What in the world does Barron have to do with this impeachment? What does he have to do with it?” he questioned. “Now ya’ll pissing me off because when you start attacking children, you really pissed me off, OK?” Video Below

“If anything ever come out of your mouth with the first letter ‘B’, it better not be Barron’s name,” Terrence concluded. “Bunch of bullies, ya’ll are a straight up joke coming after a child!” Video Below

Karlan gave a half-hearted apology that included criticizing the President later on in the hearing.

We leave you with video of Terrence’s reaction to that: