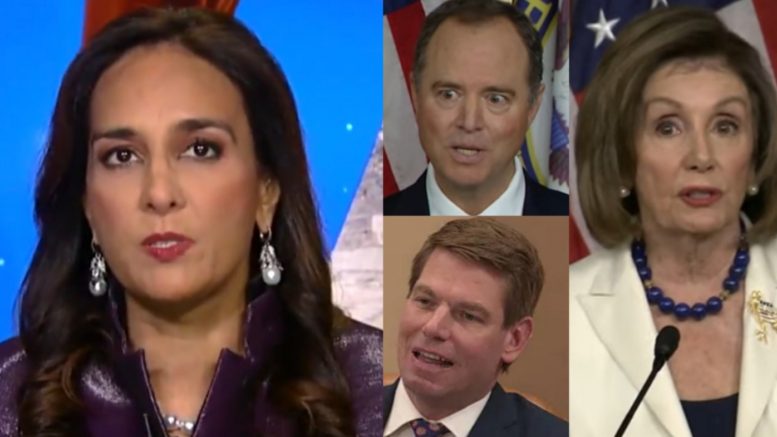 RNC Committeewoman Harmeet Dhillon declared “war” and called on Republicans to fight back in wake of House Speaker Nancy Pelosi’s decision to push forward on articles of impeachment.

Dhillon made the remarks while appearing on Thursday’s airing of Lou Dobbs Tonight.

“I am ready for war, Lou,” Harmeet declared.

“I spent my day here in DC on Capitol Hill meeting with members, with staff and with the RNC and talking about some of the legal issues we need to pursue,” she said.

“I’m happy to report that the RNC is ready and has already been fighting hard on impeachment and will continue to do so,” Dhillon proclaimed.

“I’d love to see some more members of Congress engaged in the fight like Devin Nunes, like a few others have. They need some backup and I think that’s a little bit overdue,” she said. Video Below

“In the words of The Godfather you know, ‘It’s time to go to the mattresses’. This is war,” she affirmed. Video Below