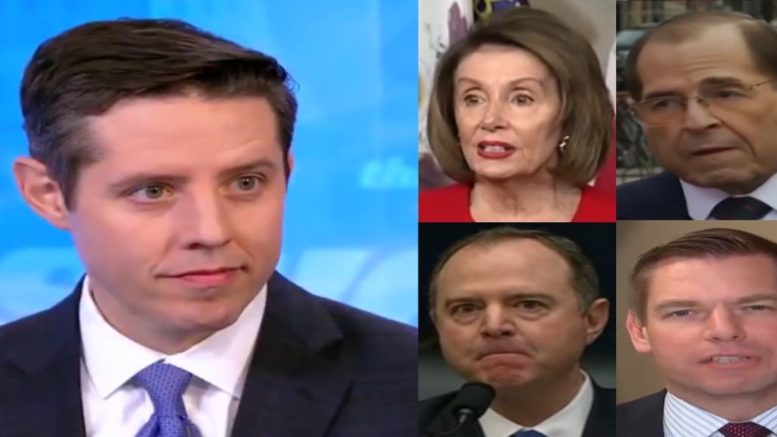 ABC Political Director and Analyst Rick Klein admitted on Sunday that based on his sources, Democrat party leaders have grown frustrated at their inability to persuade the public on impeaching President Trump.

Klein made his statement in wake of the House Judiciary Committee’s upcoming formal impeachment hearing that comes after two weeks of public hearings.

Related Article: Newt Gingrich: “For Most Americans, This Impeachment Stuff Is Washington Junk”

“[Democrats] feel like they’ve made the case they can make,” Klein said. “They’ve grown frustrated inside their conference about the inability to move public opinion — the inability to get any Republicans to go along.”

“So the sense is they got the votes. That’s not really gonna change,” he continued. “They need to get this process moving as quickly as possible. You’ll see that in committee this week after Intelligence Committee hands over documents to the Judiciary Committee.”

“And their view on the Republican side is the Judiciary Committee is a more fertile ground for them to play defense especially by mocking the process,” he added.

Klein concluded by saying that he believes Republicans will spend their time at the formal impeachment hearing undermining the process. Video Below