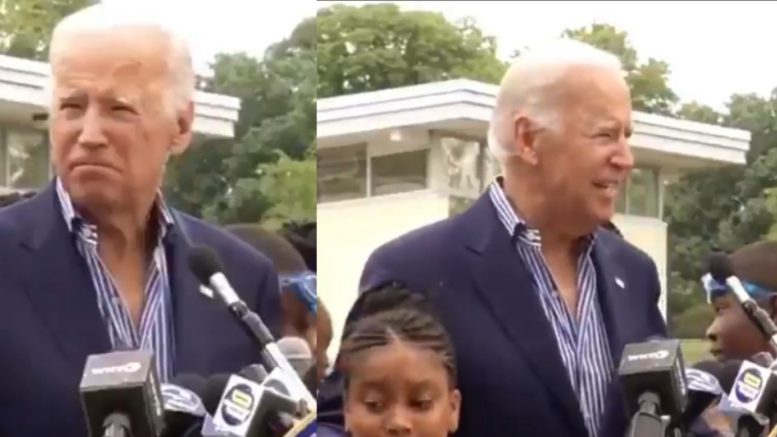 A resurfaced video from Joe Biden’s days as Vice President shows him reminiscing on his experience  with children while serving as a life guard at a public pool that was named after him.

His remarks came during a June 2017 speech at a pool in Wilmington, DE, that was renamed the Joseph R. Biden Jr. Aquatic Center in honor of his connection to the pool.

In the clip of his speech that has gone viral, Biden says, “And by the way, you know, I sit on the stand and it get hot — I got hairy legs that turned…blonde in the sun.”

“And the kids used to come up and reach in the pool and rub my leg down…and watch the hair come back up again,” the former VP added.

Joe Biden’s a creep. That’s it that’s the tweet.#BidenTownHall pic.twitter.com/Fyap0dS1Kj

The clip of Biden making the rather odd remarks came during the same speech where he recounted his run-in with a gangster named “Corn Pop.”

Biden also was the subject of another clip that went viral over the weekend showing him biting his wife’s finger as she was speaking at a campaign event. We leave you with that clip:

Joe Biden just bit his wife’s finger on stage at a campaign event.

What on earth is even happening? pic.twitter.com/XzgNNFFHYA