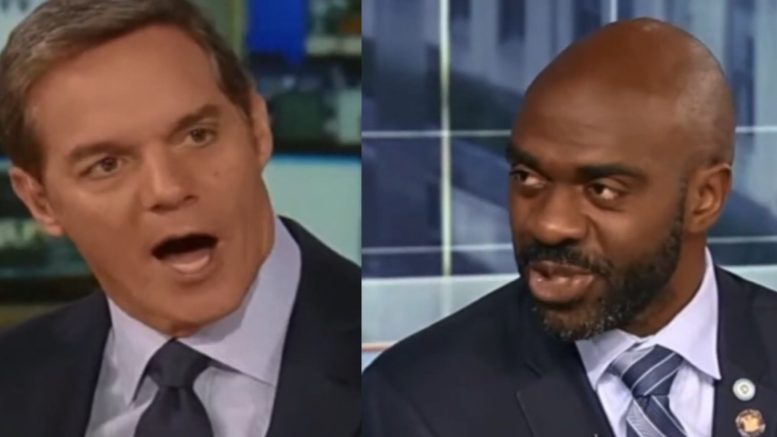 Democratic National Committee Vice Chairman Michael Blake appeared on Fox News Tuesday with host Bill Hemmer and used his opportunity to go after Tucker Carlson and the cable network, which prompted the Hemmer to stop Blake in his tracks.

The discussion was pertaining to a prediction from Tucker Carlson, where he said that that former first lady Michelle Obama will eventually be the Democratic presidential nominee. Blake, however, attacked Carlson and Fox News on live TV.

Bill Hemmer, meanwhile, attempted to direct Blake back to the subject that he was brought on the network to discuss and asked, “[Carlson’s] opinion there is that Michelle Obama may get in this race. Do you think that will happen or do you not?”

“Not gonna happen,” Blake responded. “But I think the core question is he shouldn’t be on here at all.”

“We get it,” Hemmer fired back. “We didn’t bring you on to talk about Tucker Carlson but to talk about the Democratic field.” (Continued Below)

Blake tried to take another shot at the network over its coverage, but Hemmer stopped him short.

“I didn’t bring you on to bash our network,” Hemmer shot back again. “With all due respect, why don’t we just keep it on topic?”

“But it’s relevant,” Blake insisted, to which Hemmer snapped back: “No it’s not. It is not relevant to the conversation we’re having. Save it for later.” (Video Below)

Watch the clips below:

HEMMER: Listen, I didn't bring you on to bash our network, so with all due respect, why don’t we just keep it on topic?

BLAKE: But it's relevant —

HEMMER: It is not relevant to the conversation we’re having. Save it for later. pic.twitter.com/HtvMetYCqo

Michael Blake, however, doubled down afterward and said, “Yep, I said it!”

If you agree with me and wonder why the hell does #TuckerCarlson
still have a job on Fox in the first place, join us at: https://t.co/FHXeQLRFSc

(Related: Bill Hemmer RIPS AOC Over Her ‘Concentration Camps’ Comparison: ‘Does She Not Owe Every Jew On The Planet An Apology?’