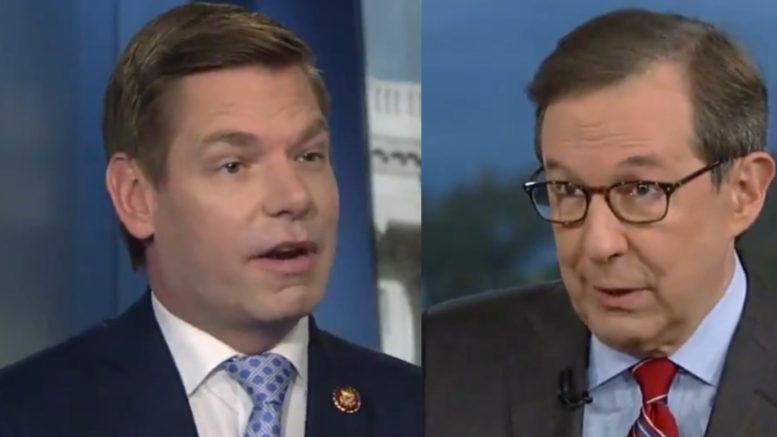 While being interviewed by Chris Wallace, Democrat Congressman Eric Swalwell discussed why Democrats appear to be rushing through the impeachment process.

The topic was brought up after Wallace mentioned how House Judiciary Chairman Jerry Nadler has the authority to block the President’s lawyer from participating in the inquiry once it moves to that committee if the White House continues to block witnesses from testifying.

“Why not take some of these cases to court? Why are you in such a rush when you are gonna be missing some of the most important evidence you could conceivably get?” Wallace asked.

Swalwell replied, “Most importantly, the President invoked an upcoming election and voters, in just a few months, are going to be voting in the upcoming caucuses.”

“And so there’s an urgency to make sure the election and the ballot box, you know, have integrity,” he said. “And if he’s asking a foreign government to interfere in an election, you know, we are on the clock to make sure that election is protected.” Video Below

Swalwell responded: “One of the candidates is who the President asked a foreign government, you know, to create misinformation on. So, you know, we have to protect the integrity of those elections.”

Swalwell went on to say that because President Trump is “blocking” witnesses and information from being released, Democrats don’t have time to wait for court proceedings when they “already have powerful, firsthand accounts from the witnesses who have come forward.” Video Below

Swalwell’s excuse for rushing the impeachment inquiry is contrary to that of Rep. John Ratcliffe who recently stated that Democrats are racing to impeach President Trump before the IG report comes out.