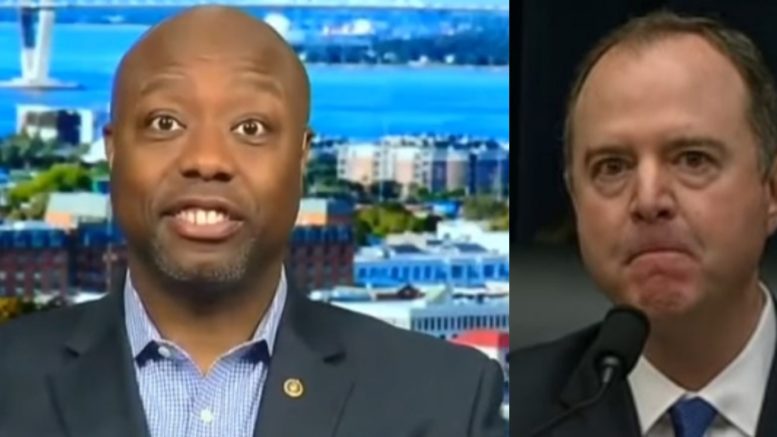 Senator Tim Scott gave his assurance that there is “no way in the world” the Senate will act and convict President Trump in the event the House votes to impeach him based on their efforts and evidence thus far.

Scott made his remarks to Fox News host Neil Cavuto as part of his reaction to the House Intel Committee wrapping up public impeachment testimonies last week.

Related Article: Lou Dobbs Reveals Why He Suspects Dems Are So Desperate To Impeach Trump: “It Scares The Hell Out Them”

It is unclear whether or not Democrats will move forward on drafting articles of impeachment, but what is “crystal clear” to Senator Scott is that President Trump appears to be innocent of an impeachable offense.

“One thing is crystal clear, what we heard this week from the House was, no facts, no evidence, nothing that would lead to an impeachment,” Scott declared. “This is a place where I think all Americans wanted to know. Where is the fact pattern that leads to a conclusion of impeachment?”

“So, I am not confused,” he continued. “I am actually more clear that there is no way in the world the Senate can act and convict the president of impeachment because he seems to be innocent of an impeachable offense.” Video Below

“There is no way the Senate takes up this impeachment trial and it comes to a verdict that convicts the president of impeachment based on the testimonies that we’ve paid attention to over the last several days,” he said.

Gabbard to Romney: ‘Provide Evidence What I Said is Untrue & Treasonous. If you Cannot, you Should do the Honorable Thing: Apologize & Resign From the Senate’