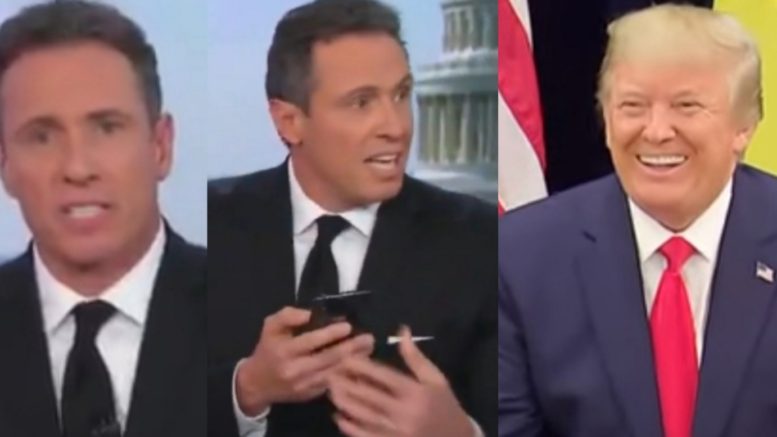 Holmes claimed in his account that he could hear President Trump on a cell phone call with Ambassador Gordon Sondland without the speakerphone feature turned on.

In his reaction to the claim made by Holmes, President Trump tweeted: “I have been watching people making phone calls my entire life. My hearing is, and has been, great. Never have I been watching a person making a call, which was not on speakerphone, and been able to hear or understand a conversation. I’ve even tried, but to no avail. Try it live!”

Cuomo took President Trump up on his challenge and arranged for his mother to call him while on live television to demonstrate that you can hear phone conversations without the speakerphone feature turned on.

However, while attempting his stunt, Cuomo was met with instant failure as none of his co-hosts or viewers could hear anything coming from his phone. Video Below

President Trump got the last laugh after he tweeted a video of Cuomo’s failed cell phone stunt that had “doctored” audio of himself embedded coming from the phone. See Below

Jerry Nadler Draws A Conclusion On The Mueller Report: ‘The Report Left A Roadmap For Congress’