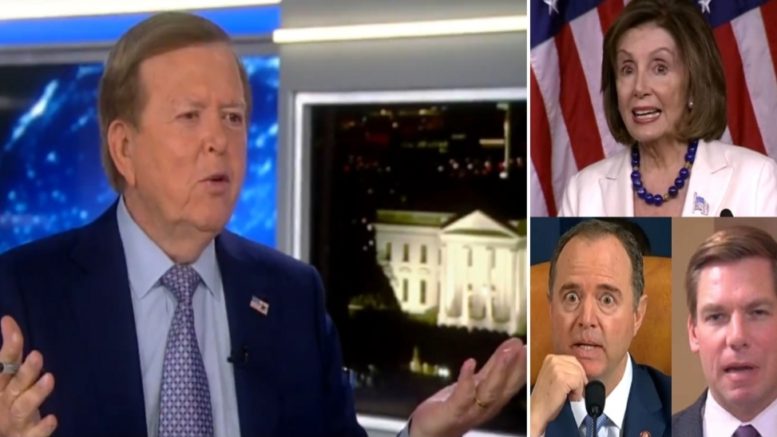 Fox News host Lou Dobbs made a bold statement about Democrat leaders, and briefly explained why he suspects they are pushing so hard to impeach President Trump.

Dobbs made the statement after asking investigative journalist Sarah Carter how she thinks the impeachment hearings went for the Democrats.

In reaction to the public impeachment hearings, Carter said, “I think it fell on their face.”

“They didnt’t have any evidence. They presented a case before the American people that qas based on hearsay and presumptions,” she added. “They didn’t have anything to prove — a quid pro quo with Ukraine…for military exchange.”

“Even more damaging to them is the fact that President Trump has actually supplied the Ukrainians with lethal aid — something that President Obama never did,” Carter proclaimed. “With the javelin missiles, he’s done that. He’s also supplied them with humvees, other necessary equipment that they need.”

Related Article: Jesse Watters Schools Juan Williams Over Why “The Hoax Is Over”: “This Is The Best You Got? Try Again”

Dobbs responded to Carter’s notion, adding that it’s likely President Trump’s accomplishments that are likely behind why Democrats are trying so hard to impeach him, in a way to tarnish his image.

“It’s not what he said. It’s that this President has done more than any other President in modern history in his first three years. And it scares the hell out of them,” Dobbs declared. Video Below