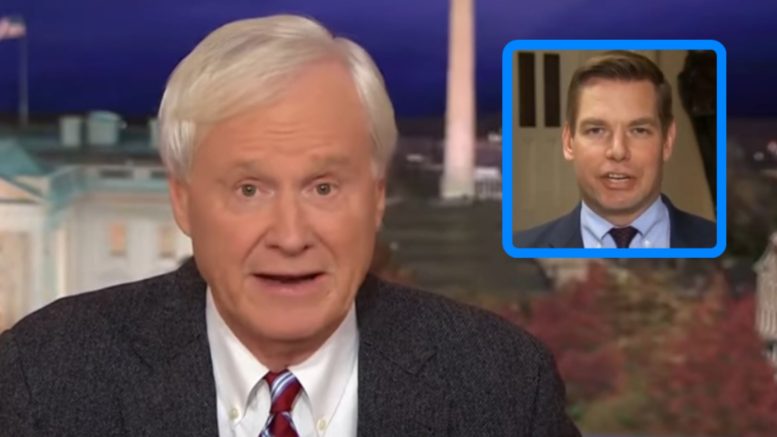 On Monday, America was rocked by a loud, “massive fart” noise that came as Congressman Eric Swalwell was discussing the impeachment inquiry on MSNBC’s Hardball With Chris Matthews.

The incident occurred as Swalwell said, “The evidence is uncontradictive that the President used tax payer dollars to ask the Ukrainians to help him cheat an election.”

After Swalwell said “cheat,” he briefly paused and appeared to slightly lean forward when the viral “fart noise” heard around the world blasted out on the air.

As video of the apparent explosion went viral on social media, the congressman from California denied any involvement in creating the sound.

However, he had a hard time convincing many of those who already saw and analyzed the video first hand, as the hashtags #FartGate and #Fartwell already were widely circulated.

As the frenzy surrounding the infamous fart noise reached it’s peak, Hardball’s Twitter page released a statement to help explain what caused it. See Below

Related Article: Caught On Camera: Swalwell Appears To Break Wind On Live TV While On Hardball, Denies It Was Him

In a tweet, Hardball pointed blame of the fart noise on one of their mugs “scraping across the desk,” and the seized the moment to promote it.

Harball tweeted: “Sorry to disappoint the conspiracy theorists – it was the #hardball mug scraping across the desk. Get yours today and let’s get back to the news!” See Below

Sorry to disappoint the conspiracy theorists – it was the #hardball mug scraping across the desk. Get yours today and let’s get back to the news! https://t.co/SG8Owm2IBw

Conservative commentator Mark Dice promptly responded to Hardball’s claim, and accused them of “spoiling the fun” during a time when the country is “divided.”

Stop spoiling the fun! Eric Fartwell has brought much needed joy to Twitter in a time when the country has never been more divided.

In ending, here is the clip that includes the fart noise that everyone is talking about. We’ll let you be the judge of what or who caused it:

Most intelligible thing to come out of Swalwell in years. #fartgate https://t.co/LT7MXAkIRB