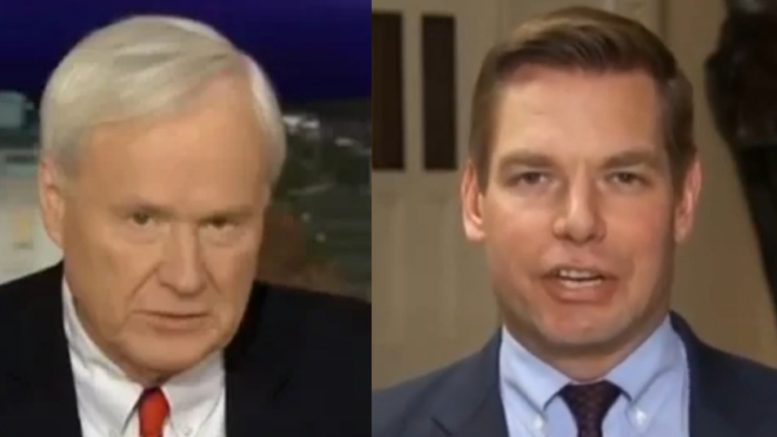 Swalwell was discussing this week’s public impeachment hearings that are set to take place when a “massive fart” noise eclipsed his entire interview.

Related Article: Swalwell Says He Will “Possibly” Use Trump’s Tweet About Yovanovitch In Articles Of Impeachment

The incident occurred as Swalwell said, “The evidence is uncontradictive that the President used tax payer dollars to ask the Ukrainians to help him cheat an election.”

After Swalwell said “cheat,” he briefly paused and appeared to slightly lean forward when the viral “fart noise” heard around the world blasted out on the air.

Turn the sound on, this is real pic.twitter.com/DyElNSwYog

BuzzFeed’s Addy Baird attempted to get to the bottom of whether Swalwell was to blame for the sound heard during his interview. Baird tweeted a text message conversation that allegedly shows Swalwell’s response to the moment in question, where he denies it was him. See Below

NEWS: SWALWELL denies it was him who farted on MSNBC: pic.twitter.com/IYmHwYfuGf

Good to see a member of Congress just speaking the truth without partisan spin: pic.twitter.com/eSnRbnt92G