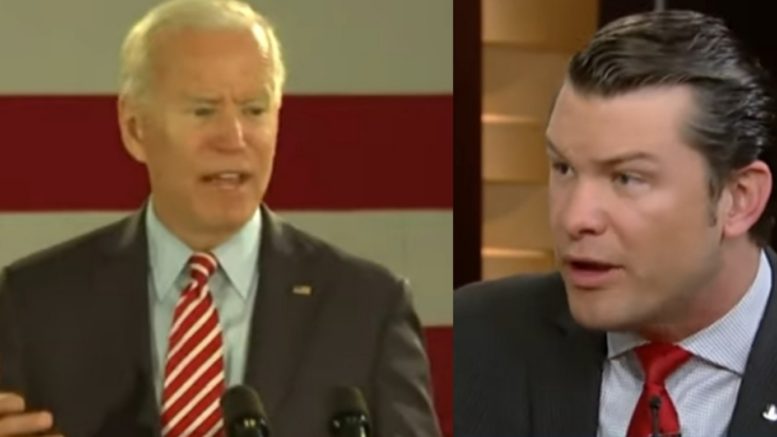 According to Politico, President Donald Trump granted full pardons on Friday to a pair of Army officers convicted of or charged with war crimes involving incidents in Afghanistan. He also promoted a Navy SEAL who was tried and acquitted for similar violations of the laws of armed conflict.

Biden tweeted: “Trump’s intervention in the American military justice system to pardon service members accused or convicted of war crimes betrays the rule of law, the values that make our country exceptional & the men and women who wear the uniform honorably.”

“He is not fit to command our troops,” he declared.

“It’s, PRESIDENT Trump,” Hegseth said in a reply to Biden. “A title you—thankfully—will never have.”

“Remember that fake medal ceremony you oversaw—and told us all about?” he asked.

“You got ‘the time period, the location, the heroic act, the type of medal, the military branch & the rank of the recipient wrong…’,” Hegseth proclaimed. “Not fit?” Video Below

We leave you with a video by NBC News that breaks down what Hegseth is referring to in his response to Biden: