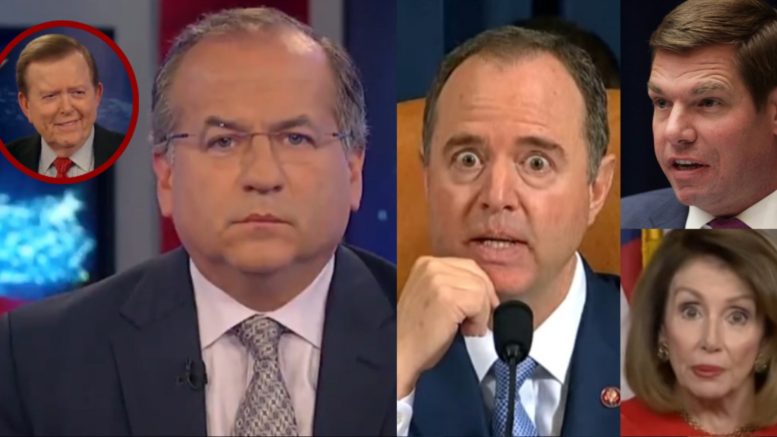 Former Whitewater Independent Counsel Robert Ray weighed in on the the latest impeachment drama while appearing on Lou Dobbs Tonight.

Ray said Democrats’ impeachment effort is a “big tangled web.” In simplified form, however, he described it as a “power struggle and a policy dispute going on between the administration and the State Department.”

“I don’t know how we got got so far off track,” Ray stated as he voiced his confusion on why Democrats are not treating the situation as an oversight hearing rather than an impeachment inquiry.

He then slammed Democrats for having a “new flavor of the month” in regards to what crime they think President Trump is guilty of.

Related Article: Ed Rollins Advises Repubs To “Get Into A Guerilla Fight” With Dems Over Impeachment: “Walk Out, Do Whatever To Show What A Farce It Is”

“I don’t really know where all of this ends,” Ray warned.

“It doesn’t seem to be any end or lengths to which Democrats will go to attempt the sort of impeachment ‘Pin The Tail On The Donkey,’ which is to say, you know, impeachment in search of a crime, instead of doing what they should be doing, which is to lay out clearly to the American people…what the purpose of this impeachment inquiry is,” he declared. Video Below