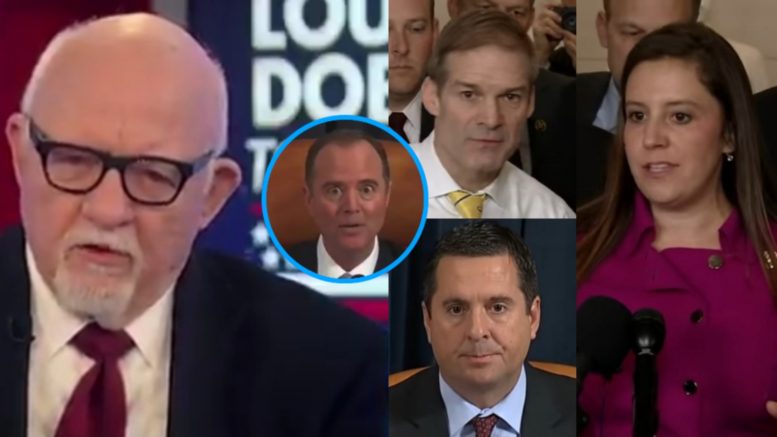 When the topic of impeachment was brought up by Dobbs, Rollins he gave some advice for Republicans on how they should handle the “game” Adam Schiff and Nancy Pelosi appear to be playing with their impeachment inquiry.

Remarks from Rollins came as Republicans have grown frustrated with Schiff for denying majority of GOP’s witnesses, for constantly interrupting Republican committee members during the public hearings, and for setting “unfair” rules for impeachement proceedings to begin with.

“I think to a certain extent, we’re trying to play by the rules, and Schiff has set rules that are unreasonable,” Rollins said.

“I think the only thing we can do is get into a guerrilla fight with them,” he continued. “And basically walk out and do whatever to make the American public realize what a farce it is.” Video Below

Dobbs, who appeared to be taken off guard by what Rollins suggested asked, “Should they walk out of the thing?”

“Absolutely,” Rollins replied and he said the should do it “the next time Schiff shuts down” one of the Republicans because “every member is equal.”

“It’s democratic process, so walk out and see what kind of chaos — you lose nothing if they don’t let you be part of it,” he declared. Video Below

SAS Crowd Erupts In “USA!” Chants After Benny Johnson Asks Siri: Who Is President Of The US?