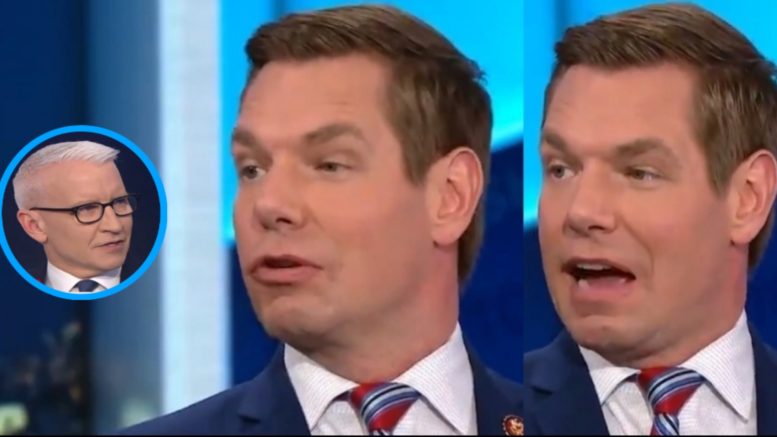 While appearing on CNN’s AC360, Democrat Congressman Eric Swalwell discussed the first public impeachment hearing that took place on Wednesday, and why he thinks it was a success.

In his remarks, Swalwell suggested that his Republican colleagues in the House Intel Committee are in “deep, deep denial,” while he thinks most Americans are now changing their minds on impeaching President Trump and warming up to the idea after Wednesday’s hearing.

“I think for most Americans this is just starting to sink in, you know, as far as what the President did,” Swalwell said.

“Is this what we want a President to do — to leverage their power of a White House meeting, security assistance to involve a foreign government? And if we do can we ever go back?” Swalwell asked.

“And I think for most Americans that’s sinking in. And whether it [changes] Republican minds today — there’s gonna be a lot of constituents calling their members of Congress — Republicans and Democrats — calling their Senators, I think, to say they care about this,” he declared.

“You know, they’re saying, ‘Well this is an incomplete act. He may have wanted to extort the Ukranians, but he was not successful, so we should let him off,'” he added.

"My colleagues are in deep, deep denial, and their defense of the President is not the President's defense," says @RepSwalwell.