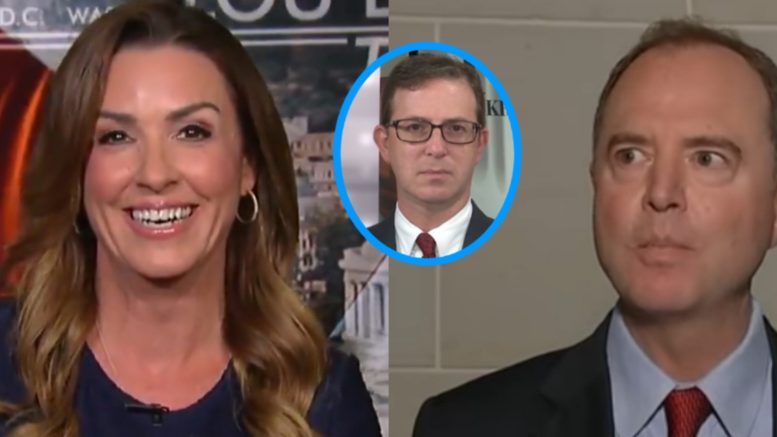 Carter began by mentioning how holdovers from the Obama administration in the intel community, the State Department and even the White House are taking this moment as their opportunity to “pounce” on President Trump as they are fighting for survival in Washington.

“There has been this animous against President Trump within certain members and certain people within the State Department — we know this — within the bureaucracy, within the Deep State,” Carter said. “President Trump has also faced what no other President has had to face in this extreme, extreme hostility within — sorry to say — but within his own White House who are doing the same. And they were waiting for a moment to pounce.”

Carter tied this to the whistleblower’s attorney, Mark Zaid, who she said “just didn’t appear out of thin air.”

Jarrett mentioned how Zaid was exposed earlier in the week as tweeting back in January of 2017: “#coup has started. First of many steps. #rebellion. #impeachment will follow ultimately. #lawyers.”

“Mark Zaid didn’t just appear out of thin air, Gregg. Mark Zaid has been around for a long time,” Sara said. “He has been closely connected, of course, with the U.S. intelligence community, he has represented other CIA officers as an attorney for them, he very much knows what’s going on in Washington, and he’s very much against President Trump.” Video Below

Carter went on to say it was Zaid, who with the help of another attorney set up “basically this non-profit for whistleblowers” that was specifically designed to target “whistleblowers that wanted to go after President Trump.”

“He made it perfectly clear in 2017 that a coup was coming and that it would be led by attorneys, and he’s been right on, ya know,” Sara proclaimed. “He’s not a psychic, he’s an attorney.”

With that said, Jarrett brought up how Zaid sent a cease and desist letter to President Trump demanding that he stops bringing up the whistleblower’s name and objecting to the whistleblower complaint without naming a law, which Jarrett said are President Trump’s rights as an American. “In cease and desist letters, lawyers cite a law. These two lawyers cited no law because none exists,” Jarrett said. Video Below

Carter followed up by saying what is happening eight now is really “quite frightening” because President Trump is not the only one being targeted — the people who voted for him are also being targeted as well as the Constitution.

I think President Trump should send a cease and desist letter to Adam Schiff. If I was him, I think that would be a — that would probably be a funny turn of events,” Sara said while giggling. Video Below