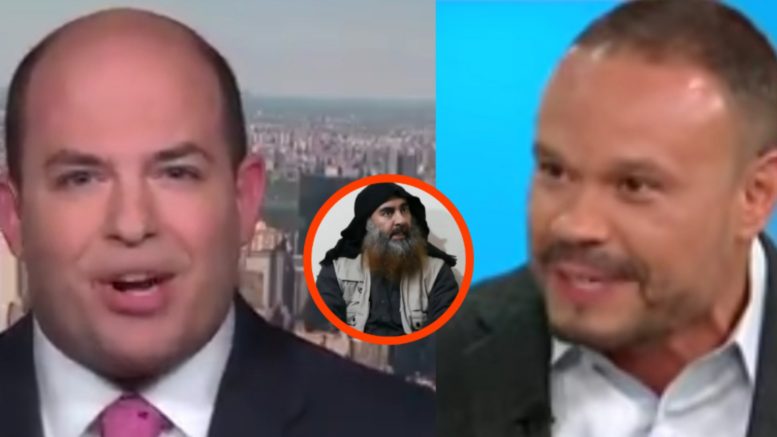 On Sunday, CNN analyst Brian Stelter threw some jabs at President Trump over an article by the New York Times that suggests there is not enough evidence to confirm that former ISIS leader Abu Bakr al-Baghdadi was “crying” and “whimpering” all the way to his death as President Trump has repeatedly claimed.

According to the report, multiple Defense Department officials told The New York Times, that they were not aware of evidence to confirm details told in president’s account of Baghdadi’s death.

One of officals also reportedly told the Times that drone footage of the operation watched in the Situation Room had no audio, and no official interviewed knew where he got such information that was told to the public.

When asked where Trump got his details, Press Secretary Stephanie Grisham said, “we are not going to get into any of the operational details of how the president receives information” and she slammed those who are “trying to pick apart the details” of Baghdadi’s death instead of celebrating it.

In his reaction to the NYT report, Brian Stelter said in a tweet: “All the available evidence indicates that Trump invented his claims about al-Baghdadi “whimpering” and “crying.” We shouldn’t get used to this.”

Stelter then supplied a video of his analysis where he suggested Trump lied to the public. He then reccomended, “Even when the United States is celebrating a major military victory, I think we should still hold the bar as high as possible for the President of the United States.” Video Below

Dan Bongino fired back at Stelter after seeing his tweet.

“This is one area where George Constanza/Stelter has tremendous expertise,” Bongino said in his response. “He’s the definitive expert on all things ‘whimpering’ & ‘crying.'”

“There’s not a soul on the planet with more expertise in this area than him,” he declared. Video Below