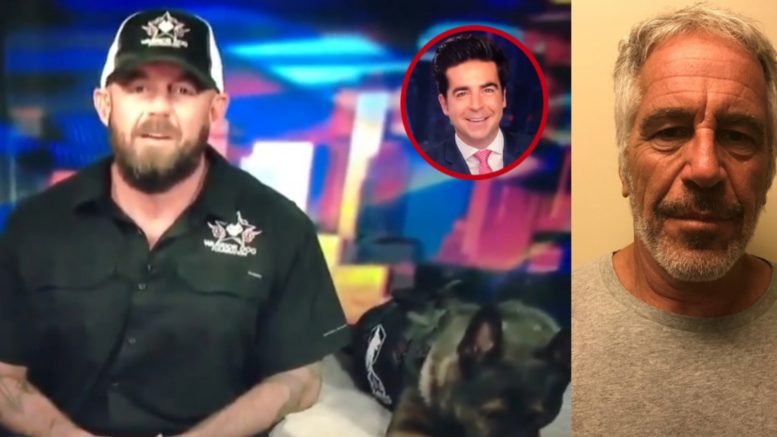 Since the mysterious jailhouse death of billionaire sex offender Jeffrey Epstein, the internet has been sent into a frenzy over whether or not he killed himself as his official autopsy suggests.

And now that a pathologist has come forward to say injuries to Epstein are more consistent with murder, the hysteria over his death have been kicked into overdrive.

Memes have been circulating on social media that have the phrase “Epstein didn’t kill himself” embedded within them as an amusing way of trying to bring recognition to the mysterious death that mainstream news appears to have forgotten about.

Expert K9 trainer and founder of Warrior Dog Foundation, Mike Ritland, kicked the Epstein craze up a notch on Saturday, while he and his dog “Nero” appeared for an interview with Jesse Watters.

Ritland got approval from Watters to make a public service announcement before the interview wrapped up, when he dropped an Epstein-bomb that immediately went viral across social media.

He first mentioned that the incredible nature of working dogs being highlighted in the news creates a huge demand by people “who shouldn’t have them.”

Ritland said: “If you see the coverage and you decide, ‘I want one of these dogs’, either buy a Finnish trained, you know, fully trained and Finnish dog from a professional or just don’t get one at all. And Epstein didn’t kill himself.” Video Below