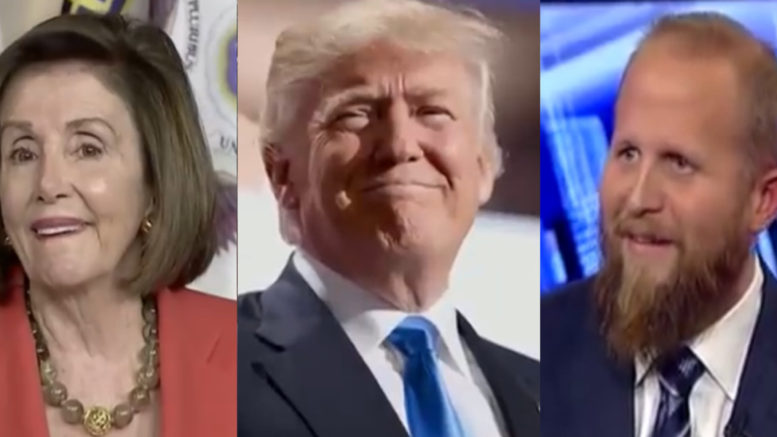 The House of Representatives voted Thursday to pass Democrats’ resolution that sets the “ground rules” for the impeachment inquiry” against President Trump and sets the stage for proceedings to be public hearings after weeks of closed-door depositions, which has been led by House Intelligence Committee Chairman, Adam Schiff (D-CA).

The measure passed 232-196. No Republicans voted for the measure, but two Democrats broke with their party and voted against the resolution: Rep. Collin Peterson (D-MN) and Jeff Van Drew (D-NJ). The House will now leave for a 12-day vacation.

However, amid House Speaker Nancy Pelosi calling the shots and continuing her efforts to “impeach” President Trump, the Democrats’ vote for the resolution backfired, as the Trump campaign raised 3 million dollars on Thursday.

“Impeachment sham is backfiring already!” he declared. (Continued Below)

According to internal RNC polling, surveys of 3,400 likely voters were conducted weekly from 10/1 to 10/24. Of the polling, support for President Trump has increased by 3 points, since Pelosi announced the impeachment inquiry, in 17 target states, and the President’s sky-high favorability among Republicans has increased, as well.

Another RNC poll conducted shows by a 5-point margin, more voters would like Joe and Hunter Biden investigated for their business dealings in Ukraine than support holding hearings to consider impeachment of President Trump.

In September, the Trump campaign and the Republican National Committee took in a huge haul in the third quarter of a combined $125 million. They’ve raised more than $300 million, double the total that then-President Obama and the Democratic Party had raised at this point in 2011 on Obama’s way to a successful reelection bid, as per NPR.

Pelosi's witch hunt is backfiring, and it's only going to help @realDonaldTrump in 2020!https://t.co/TgSl3ozLbH

(Related: Brad Parscale Comes Forward With A Piece Of Advice For The Media: ‘Work On Not Sucking’)