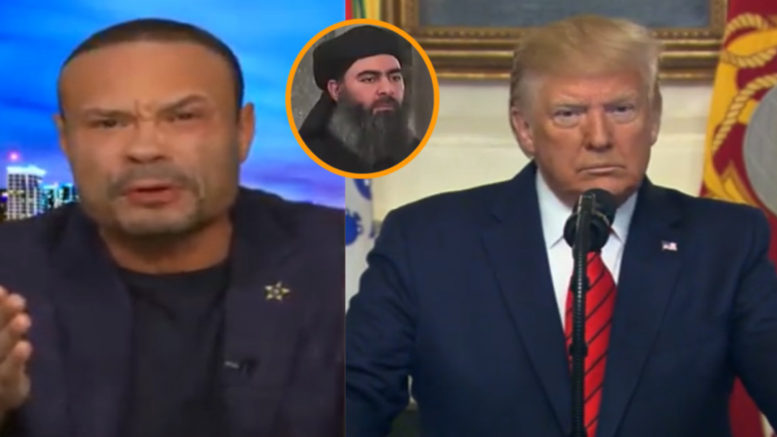 Al-Baghdadi detonated a suicide vest killing himself and his children as U.S. special forces closed in on him Sunday. The Washington Post, however, ran an article entitled “Abu Bakr al-Baghdadi, austere religious scholar at helm of Islamic State, dies at 48.” The company was met with instant public uproar, leading WaPo to change its headline to say Baghdadi was an “extremist leader” in place of “austere religious scholar.”

“The media really blew it yesterday!” Dan Bongino expressed. “It’s not that they had any remnant of credibility left, but whatever credibility they thought they had left, they flushed down a bowl yesterday with some of their absurd, outrageous coverage.”

“This was an unambiguous good for America. There was no downside. This was a murderer, a rapist, a terrorist, a dog, and a pig, who died like the chump coward he was. And the President of the United States did the world, the entire globe, a favor– giving a speech that I’ve been waiting for in the post 9-11 year, that was never given,” he continued.

Bongino then blasted The Washinton Post for their headline of Baghdadi’s death and said, “I read the piece, the headline’s bad. The piece is even worse. They talk about a religious scholar with wire-framed glasses, who was a shy, reserved guy. Like they’re talking about Mary Poppins. This was a terrorist, rapist thug.” (Continued Below)

“This guy was a terrorist thug who would cut the head off an innocent man at the drop of a hat,” Bongino said. “Really, to the Washington Post — do you hate this President so much that you’re willing to throw everything away, your integrity, your morals, everything? I mean, that’s a serious question. I’m not kidding.”

(Related: Pres Trump On Why He Didn’t Inform All Congressional Leaders About Plan To Raid Baghdadi: ‘Washington Is A Leaking Machine’)

“They’ve been wrong on just about every big story of the Trump era,” Bongino added. “But are you kidding? We just killed one of the world’s most dangerous people who would at a moment’s notice kill… tens of thousands of Americans, and you write about his wire-framed glasses and his beard? I mean, come on, guys. Get your heads out of your a**es, this is unbelievable!” (Video Below)

Sebastian Gorka: “Democrats Have Launched A Boomerang & It’s Going To Take Their Own Heads Off”