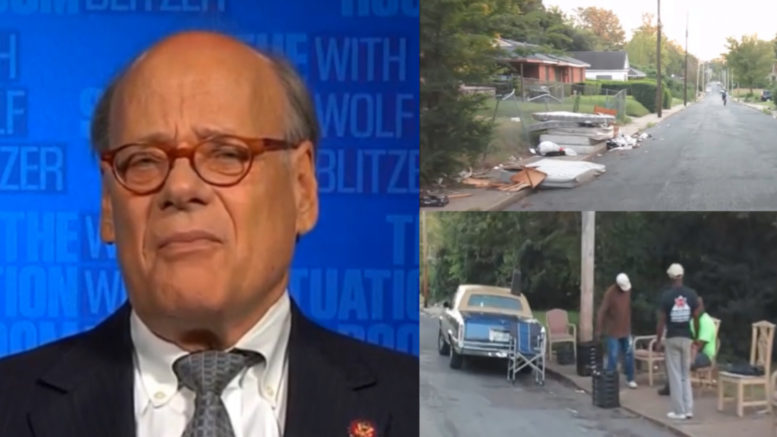 A new study ranks Memphis, Tennessee as the second most dangerous city in America, according to Fox 13 Memphis.

Democrat Memphis Mayor, Jim Strickland, claimed that he is working on building up the police force for the city and his goal is to have 2300 officers by the end of next year. “We are not where we want to be, we are still committed to rebuilding our police force,” said Strickland.

The study used numbers from the FBI’s 2018 uniform crime report which shows 1,943 incidents per 100 thousand people. There have been 147 homicides in Memphis this year so far, compared to 184 last year.

Anti-Trump Congressman, Steve Cohen (D-TN), who represents the 9th District, has remained adamant in attacking President Trump, his administration, and seemingly more concerned with “impeachment”, since the day Donald Trump was sworn into office as the 45th President. This means Cohen has turned his attention away from his constituents, now making Memphis the 2nd most dangerous city in the nation.

Along with Memphis being dangerous, the city also tops the list for being violent. In 2016, Memphis had 228 homicides to make it the cities deadliest year in two decades. In July, the Commercial Appeal documented 103 homicides at the time, and the local paper noted that 80% of the homicides involved guns, according to the tracker’s latest numbers. Outside of firearms, four people were stabbed to death, and five people died in vehicular homicides in Memphis.

In August, Rep. Cohen claimed, “Trump can say, ‘guns don’t pull the trigger, people pull the trigger’…. well, that’s just using a line, and [Trump] shouldn’t be using simple lines. He should be dealing with the issues. The man can’t deal with real issues, because it’s all politics. [Emphasized].

In 2017, the Justice Department announced it would form partnerships with a dozen cities across the country to help them fight gun crime, drug trafficking, and gang violence. “We will make America and every American neighborhood safe again,” former Attorney General Jeff Sessions said.

It is not clear whether Rep. Cohen has reached out to Attorney General William Barr for help combating the crime and violence in his district, however, what is clear, the Tennessee Congressman has called Barr a liar and a chicken, along with bringing a bucket of fried chicken to a hearing. Cohen has also threatened to “lock-up” Attorney General Barr.

We leave you Cohen taking aim at Attorney General Barr, instead of working him with to fix the crime in his district, Memphis, TN:

(Rep. Cohen Suggests Pelosi Is Un-Patriotic For Not Pushing For Impeachment: ‘She Needs To Do What’s Right’)

Leo Terrell Scolds Colleague Geraldo Rivera: “How Dare You Say That, Sir!…You Know Nothing About Me”