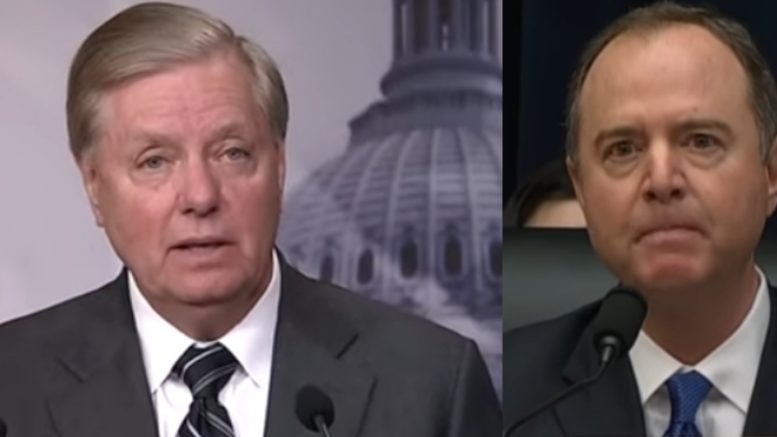 Since announcing their decision to open an impeachment inquiry, Democrats have opted to hold closed-door hearings in the Congressional basement, which has caught much backlash from House Republicans who have been pleading for transparency since it all began.

At a press conference, Senator Graham outlined his resolution that condemns the closed door hearings that are part of the impeachment inquiry.

Graham said there’s a “right way to do it and a wrong way to do it.” He then added that Democrats have opted for the “dangerous” way of doing it, which is “out of bounds” compared to how impeachment inquiries were handled in the past.

Related Article: Sen Graham Gives Dems An Ultimatum If Schiff Fails To Release Volker’s Testimony: ‘If This Continues, I Will Call Volker To Testify’

After his press conference, Sen. Graham was proud to release the list of 46 names (and growing) of Senators who have co-sponsored his resolution on Twitter, and can be seen below.

Here is the list of 46 sponsors on Senate Resolution condemning the House of Representatives’ closed door impeachment inquiry, as provided by Senator Lindsey Graham on Twitter:

Graham’s resolution comes exactly one day after several House Republicans protested the lack of transparency in the impeachment inquiry by “storming” the SCIF where Schiff was about to hold another secret hearing.

In ending, here is video of The Five weighing in on all of the latest impeachment drama: