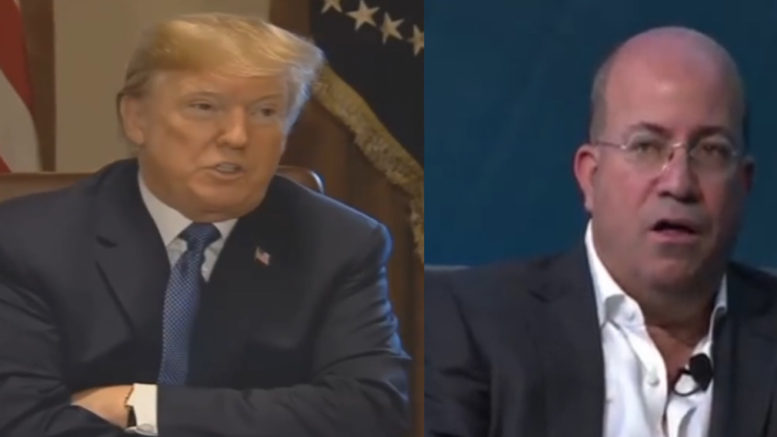 On Wednesday, Attorney Charles Harder, President Trump’s campaign lawyer, sent a letter to CNN President Jeff Zucker and EVP David Vigilante notifying the network that they intend to file legal action for violation of the Lanham Act, on behalf of Donald J. Trump for President, Inc.

This comes as Project Veritas released damning video clips from a CNN whistleblower, who secretly recorded staff, executives, including the network President Jeff Zucker’s “anti-Trump crusade”, and his “personal vendetta” against President Trump.

“Your actions are in violation of the Lanham Act, among other applicable laws, by constituting misrepresentations to the public, to your advertisers, and others,” the letter reads in part. “Accordingly, my clients intend to file legal action against you, to seek compensatory damages, treble damages, punitive damages, injunctive relief, reimbursement of legal costs, and all other available legal and equitable remedies, to the maximum extent permitted by law.”

“Your own employees appear to state that CNN is focused on trying to ‘take down President Trump,’ driven by a ‘personal vendetta’ that Mr. Zucker purportedly has against him, rather than reporting the news in an objective manner,” the letter states.

Attorney Charles J. Harder notes that in one of the Project Veritas, “Your employees appear to state that CNN attempts to make its reporting appear neutral and unbiased, when in fact its reporting is far from neutral and highly biased against the President.”

“Among other statements, your employees appear to state the following: Nick Nevill, Media Coordinator at CNN, states: “Jeff Zuker, basically the president of CNN has a personal vendetta against Trump,” Harder wrote. (Continued Below)

Attorney Harder points out one CNN employee in the Project Veritas videos, stated that CNN is focused on “trying to take down President Trump”, and “there is nothing we can do if Zucker wants impeachment every single day to be the top story … He wants impeachment above all else.”

“I hate how everything is all Trump all the time now, everyone at the network complains about it, they hate covering Trump every day,” Christian Sierra, a Media Coordinator at CNN stated in one of the leaked videos.

Harder writes, “The aforementioned examples are merely the tip of the iceberg of the evidence my clients have accumulated over recent years. We also expect substantial additional information about CNN’s wrongful practices to become known in the coming days and weeks. Never in the history of this country has a President been the subject of such a sustained barrage of unfair, unfounded, unethical and unlawful attacks by so-called “mainstream” news, as the current situation.” (Continued Below)

Official Letter to Zucker and Vigilante: 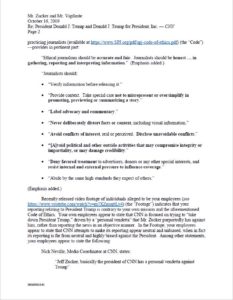 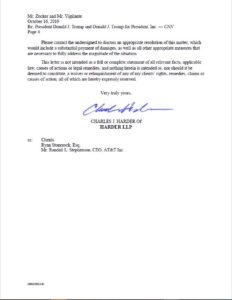 Related: Pat Sajak Comes Out Of Nowhere And Drops The Mic On CNN: ‘Change Name To Current Narrative Network’