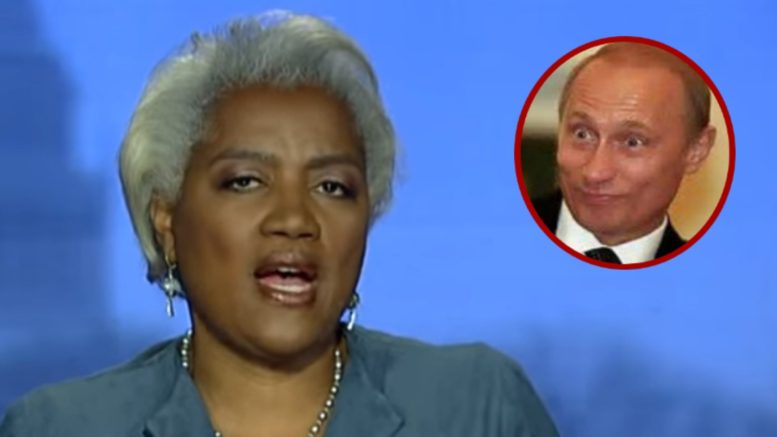 Fox News contributor and former DNC Chairwoman Donna Brazile once again got served a reality check by one of her own polls, this time by challenging the far-left theory that President Trump is somehow assisting Russian President Vladimir Putin.

Pelosi, like many other prominent Democrats, apparently is still not over the Russia collusion theory that was debunked by Special Counsel Robert Mueller’s two-year investigation and is now applying it to the situation in Syria. So, Donna Brazile took to Twitter to see what the rest of the nation thought about the subject.

On Wednesday, Brazile, who often takes jabs at the President and his administration, tweeted the hashtag “#AllRoadsSeemToLeadToPutin” and asked her audience “Agree?” in a poll she created.

Respondents had the choice of simply answering “Yes” or “No”.

Twitterverse immediately responded with a vengeance, and once the poll closed, the result sent a powerful message on the state of the public’s opinion on whether President Trump has any connection to Russia. See Below

Of the 32,104 respondents, a whopping 92% of selected “No”, they do NOT agree that all roads seem to lead to Putin. While 8% of the respondents answered “Yes.”

Most importantly, Brazile is likely followed by a primarily Democrat base, so the results speak volumes. See Below

The results of this poll were strikingly similar to another one of Brazile’s recent polls that backfired when she questioned if President Trump was a legitimate President.

You can read the full results of that poll and counter-polls to it by CLICKING HERE.