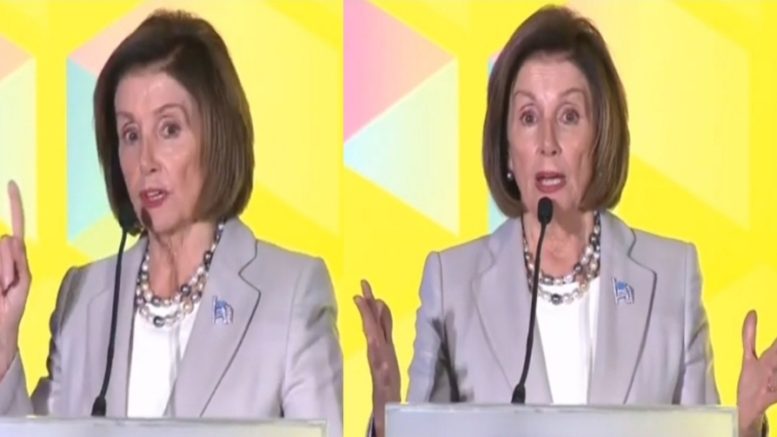 Pelosi quoted the words of author Thomas Paine, that he said during the “dark days if the revolution.”

“We think the times have found us now,” she continued. “Everyone in this room who sacrificed their time, resources  and the rest…to be there for our candidates so that we can make a better future.”

“And, so here we are. None of us came to Congress to impeach a President — not anybody, not anybody,” she declared. “That’s not what we are about.”

“But, we did take an oath to protect and defend the Constitution of the United States,” Nancy proclaimed to the crowd as they applauded. Video Below

Nancy’s comparison to the American Revolution comes just one day after she and Senate Minority Leader Chuck Schumer stormed out of a meeting with President Trump where they were discussing his decision to withdraw U.S. troops from northern Syria.

In ending, we leave you with a tweet where Trump sheds light on what he thinks of Pelosi in the aftermath of his awkward meeting with her: