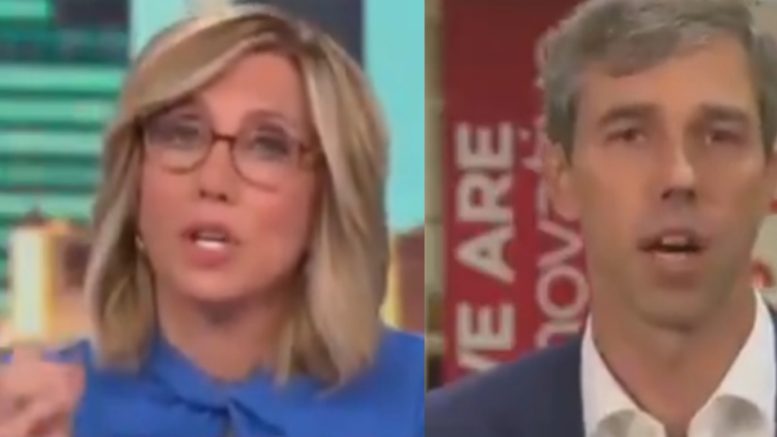 On Wednesday morning, Democrat Presidential candidate Beto O’Rourke had a tough time persuading CNN’s Alisyn Camerota that his plan to “buyback” AR-15s and AK-47s is a practical solution to curb gun violence in America.

Camerota grilled Beto over his gun buyback proposal that he touched on during Tuesday’s debate, which led to he and Pete Buttigieg briefly sparring over the idea.

While being pressed on his plan, Beto told Camerota, “I fully expect my fellow Americans to follow the law.”

“It doesn’t make sense that people are going to hand over their assault weapons if they are mass shooters, if they want to do harm to people, they’re not going to follow the law,” she added. “So then what is your plan?”

Beto had a tough time responding, but said that the action of creating a law should be done without fear that people may not follow the law. Video Below

Camerota then questioned Beto on what he would do if someone didn’t voluntarily hand over their gun. “You’re going to go to their house and then what?” she asked.

Beto answered, “If we pass this law then I expect our fellow Americans to follow the law and this is not speculation. We have seen other countries do this, like Australia, and have seen a decrease.”

Camerota fired back and said, “Law-abiding people follow the law, but our problem is the mass shooters who don’t.” Video Below

Sen. Graham Issues A ‘Word Of Advice’ For Dem Candidates Calling For Kav’s Impeachment: Nadler Even Thinks It’s A ‘Bridge Too Far’