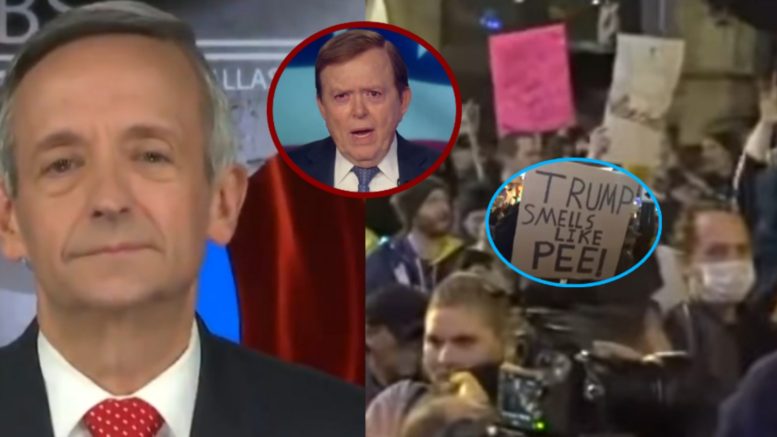 On Thursday, protests outside President Trump’s ‘Keep America Great’ rally in Minnesota turned violent as demonstrators burned MAGA hats, threw objects at police officers and even attacked at least one supporter leaving the rally, while shouting absurdities at others.

Things got so out of hand that police were ultimately forced to subdue the crowd with pepper spray.

In wake of what was seen in Minnesota, Pastor Robert Jeffress issued a stern warning to leftist groups, such as Antifa, who may be planning a similar episode at President Trump’s rally that is scheduled for Thursday, October 17.

“This shows the hypocrisy of the left,” Pastor Jeffress said in his reaction to what happened at the Minnesota rally.

“They talk about tolerance and inclusion,” he added. “But they are the most intolerant people in the world when it comes to ideas they don’t agree with.” Video Below

Jeffress then brought up that the President is expected to make a rally appearance in Dallas next Thursday and gave a bit of advice to Trump’s opposition who plan on attending.

“I just have a friendly piece of advice for Antifa and any other [Left-wing] group: You probably shouldn’t mess with Texas,” Pastor Jeffress proclaimed.

“Because our folks down here aren’t nearly as friendly as our friends in Minnesota,” he concluded. Video Below