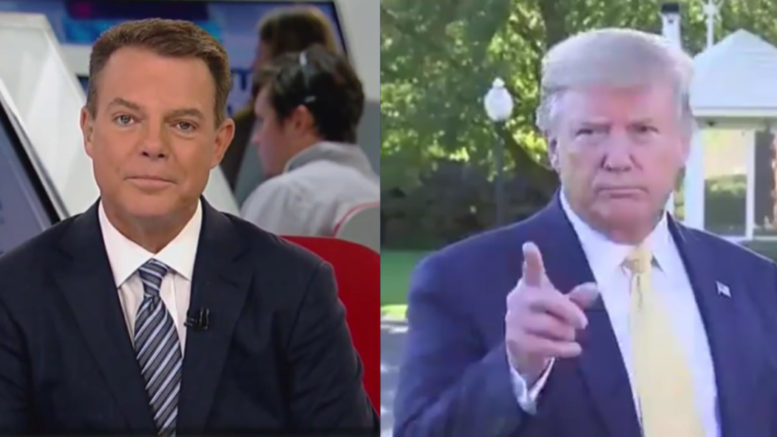 President Donald Trump reacted to the news on Friday that Fox News’ afteroon host Shepard Smith said farwell to the network, suggesting that it was probably because of the “bad ratings”.

Shepard announced his departure from Fox News during the end of his news program on Friday, and the President learned about Shepard’s departure from a reporter on the White House South Lawn, before he departed for a rally in Lake Charles, Louisanna.

Asked if he or his administration pressured Fox News to get rid of Shepard Smith, the Commander in Chief responded, “No, I don’t know. Is he leaving? Aw, that’s a shame. … Wait, did I hear that Shep Smith is leaving?”

Shepard has taken plenty of heat from President Trump and many other conservatives over his style of reporting pertaining to the President and his adminstraion over the past several months. (Video Below)

"It was probably because of bad ratings." pic.twitter.com/NvT056IVj3