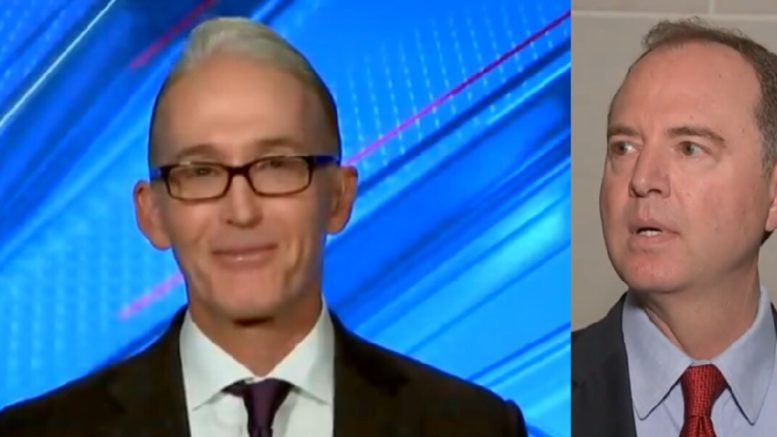 According to several reports that have surfaced throughout news outlets and social media, President Trump has asked former South Carolina Rep. Trey Gowdy to assist him with legal advice from outside the White House.

Gowdy has reportedly agreed, though details are yet to be finalized, according to some people familiar with the situation.

Though initial reports claimed that Gowdy had declined an invite from the White House to participate in the president’s defense, the former GOP representative of South Carolina is now on board to assist, according to Law & Crime.

Gowdy was approached by the White House this week as potential legal counsel for Trump as he prepares to fight against an impeachment investigation stemming from a July 25 phone call with Ukrainian President Volodymyr Zelensky, according to a report from CNN.

As Democrats ramp up their impeachment efforts, Gowdy can offer President Trump another opinion on where legal theory meets political reality. Gowdy would advise the White House behind the scenes and appear on TV to advocate on behalf of the President, as per Axios.

According to Bloomberg, he was at the White House on Tuesday, according to one person who saw him there, before an eight-page letter was issued to House Speaker Nancy Pelosi declaring that Trump and the administration wouldn’t participate in the impeachment inquiry. (Continued Below)

Gowdy, 55, opted to retire from Congress ahead of the 2018 election to continue his career as an attorney. He has also become a regular FOX News contributor and has spoken consistently against the Democrats’ efforts to impeach Trump. He has sharply criticized House Intelligence Committee Chairman Adam Schiff for his false characterization of the phone call between Trump and Zelensky and his possible knowledge of the whistleblower before the complaint was made official, as reported by Washington Examiner.

Gowdy has also suggested that Schiff should be called as a “fact witness” for his potential prior knowledge of the call. “Right now he’s made himself a fact witness,” he told “The Story with Martha MacCallum” on Friday. “He is in the evidentiary chain for what happened with this whistleblower and I hope the Republicans make him testify.”

Gowdy rose to prominence leading a special House panel investigating the attacks on an American diplomatic post in Benghazi, Libya, while Hillary Clinton was secretary of State. As a member of the House Intelligence Committee, Gowdy also helped manage the panel’s investigation into Russian attempts to influence the 2016 election, per Bloomberg. (Continued Below)

On Tuesday, Pat. A Cipollone, counsel to the President, sent a scathing letter to House Democrats on Tuesday, in response to what he called their “numerous, legally unsupported demands” for a “partisan and unconstitutional impeachment inquiry.”

Trey Gowdy has accepted an offer to serve as outside counsel to President Trump. He met with Mick Mulvaney at the White House today.

Confirmed, per a senior White House official, who says Trump has blessed the move. Trey Gowdy is on the Trump team. https://t.co/yjhaK8LsOF

We leave you with Trey Gowdy grilling former FBI agent Peter Strzok on the “coup attempt” against President Trump: