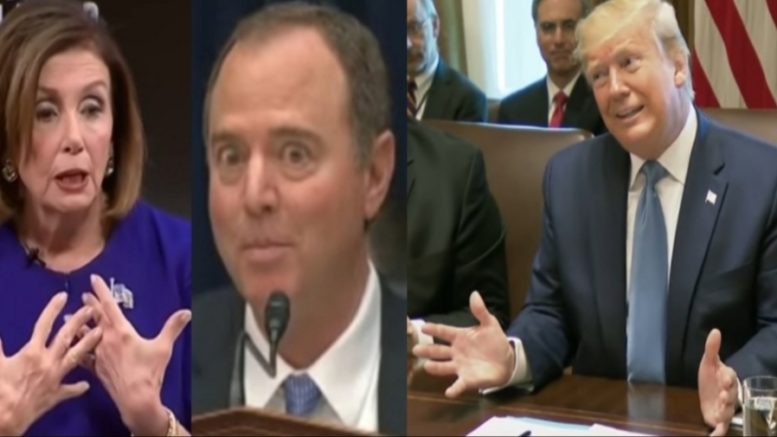 As news of a second alleged whistleblower come to light, it’s beginning to look more like a staged, calculated attack on President Trump…or as Senator Lindsey Graham puts it “I’ve seen this movie before — with Brett Kavanaugh.”

President Trump, however, pushed forward and turned full focus on questions surrounding the involvement by Democrats, specifically House Speaker Nancy Pelosi and House Intel Chairman Adam Schiff, in how much they coordinated with the whistleblower(s).

With a pair of bold Sunday night tweets, Trump used the accusations Democrats are leveling against him and completely flipped them back around on them.

“Nancy Pelosi knew of all of the many Shifty Adam Schiff lies and massive frauds perpetrated upon Congress and the American people, in the form of a fraudulent speech knowingly delivered as a ruthless con, and the illegal meetings with a highly partisan “Whistleblower” & lawyer,” President Trump said.

“This makes Nervous Nancy every bit as guilty as Liddle’ Adam Schiff for High Crimes and Misdemeanors, and even Treason,” he continued. “I guess that means that they, along with all of those that evilly “Colluded” with them, must all be immediately Impeached!” Video Below

In ending, here is Rep. Stewart’s reaction to news of a second whistleblower: