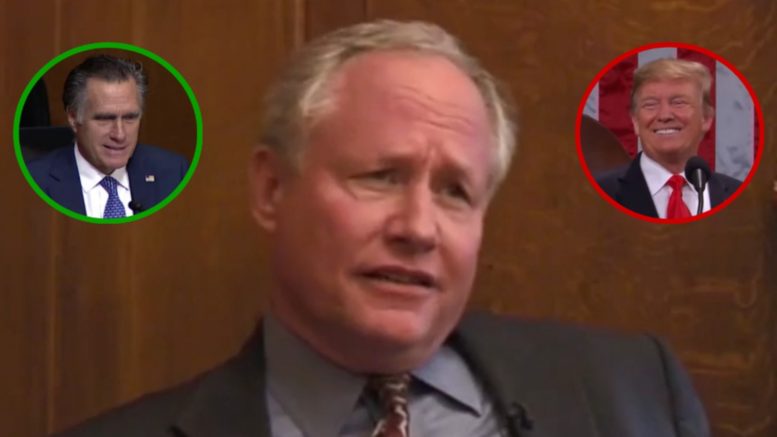 On Saturday morning, anti-Trump, neoconservative political analyst, Bill Kristol, was on a mission to find out what his followers thought about the likability of President Donald Trump versus that of Senator Mitt Romney (R-UT).

Kristol took to Twitter, where he posted a public poll that asked, “Whom do you respect more?” with the only two options being “Donald Trump” or “Mitt Romney.”

Kristol’s poll was created as President Trump and Senator Romney traded barbs that stemmed from Trump’s repeated calls for Joe Biden to be investigated by countries such as China and Ukraine, as he says it pertains to “corruption, not politics.”

Romney, on the other hand, said such requests from President Trump are “politically motivated,” “wrong” and “appalling.”

Related Article: Mitt Romney Gets RIPPED A New One By His Own Niece Just Hours After Attacking Trump

Trump had to get in the last word, however, so he slammed Romney’s history of losing in Presidential elections and called him a “pompous ‘asshole'”. See Below

Kristol, who constantly lashes out at President Trump, could have been motivated to create his poll with the hope that results showing strong favor of Mitt Romney would help fuel his argument that Trump needs to be replaced by another Republican on the 2020 ballot. You can read more about Kristol’s anti-Trump election efforts by CLICKING HERE.

But as his poll expired, the final result was likely very disappointing for Mr. Kristol.

Of the over 249, 525 respondents, 63% voted “President Trump” for who they respect more, compared to Romney, who received 37% of the vote. Assuming most of Kristol’s supporters are on the same political wavelength as him, the results speak volumes. See Below

Let’s see how much of a hellscape Twitter is. Whom do you respect more?

If the result of his own poll wasn’t already embarrassing for the anti-Trump political analyst, Caleb Hull posted a poll in the comment section that asked: “Is Bill Kristol relevant?”

In ending, we leave you with results from another humiliating poll for Kristol found in his comment section.